A roar before the game, then a “rush” towards a goal. Hockey can also be fun, Hertl appreciated 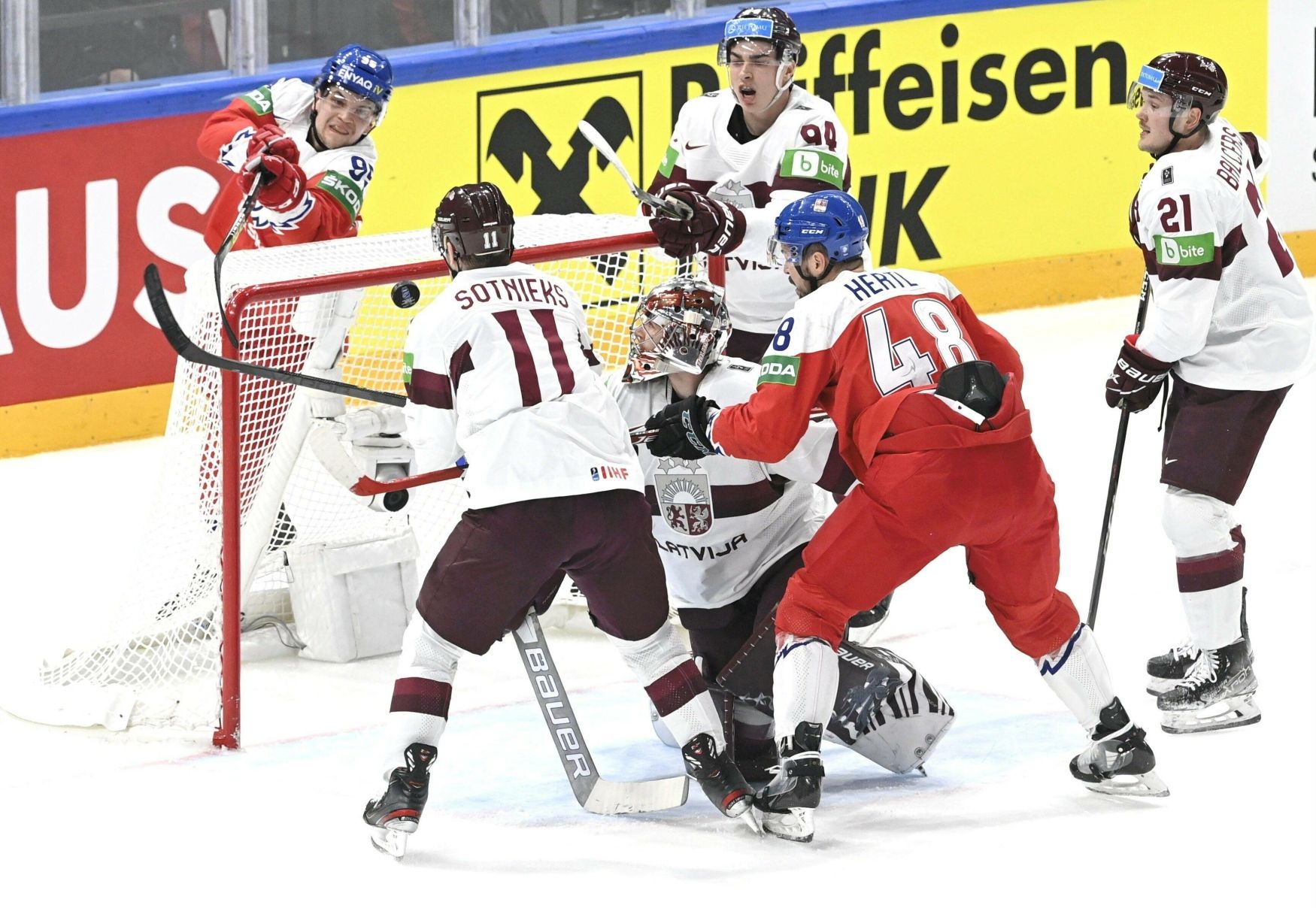 Tampere (from our reporter) – Tomáš Hertl played three games at the World Hockey Championship in a line-up alongside Jakub Vrána, but the two struggled both in terms of games and points at the start of the tournament. During the cannonade in the first period against the Latvians, the San José striker has already caught up, contributing to the 5-1 with a goal and an assist. He mainly praised the team’s different setting compared to the loss to Austria.

What are your impressions after the game against Latvia? After two days, on the contrary?

We played as a completely exchanged team, we managed the match from the start, but it wasn’t just these goals. We attacked, we played with the puck, we finished the opponents and the first period looked like that. State (5:0) it was deserved. In the end, it was not a line, but about four with the goalkeeper, and that is very important. That’s how we have to come into these matches.

How do you explain the change compared to the match with the Austrians?

Hard to say. Sometimes it doesn’t work, but we knew we had to. That we know how to play hockey. Vranic (Jakub Vrana) was hit, Kundrc (Tomas Kundratek) defended him. It was all about hockey. When we play like that, we can compete with everyone. We have the skills, but we have to play together, go for it and not like in previous matches.

How did the arrival of David Pastrňák and his interaction with David Krejčí help?

He helped a lot. It was nice to see David and David getting to know each other. But it was about all the lines. I have Blumi (Matej Blumel) and we understood each other. I’m glad our line started this game. We had many chances. Pasta is one of the best forwards in the NHL, he scores 40 goals every year, such a player will always help. But I’m glad it’s not something we contributed to.

Have other changes between formations helped?

You could say yes. We all played together, everyone put everything into it. We dominated, we were able to finish more calmly. But it can’t be a match and enough. We are still three in the group.

How did you feel personally? How did your upgrade improve?

My game is about being strong on the puck. To help create luck. But of course, if a person does something and has no goal or purpose, it’s not visible. I’m glad I helped, I had enough shots, I could still finish on the power play. I needed to score such a goal, got two baseball style hits, got it there. It’s important for me too, it can’t be a single line. I’m glad we did well and the game can be fun.

Who actually scored a 4-0 goal? Blümel’s stick seemed to run behind the gate, but the goal stayed with you.

We talked about it, but I didn’t care, it was an important objective. He ran it, then I arrived. I think I got the final touch. Even if it’s not, it doesn’t matter. Especially since we won, because listening to the Czech anthem at the end is above all.

How did you feel about the atmosphere on the Switch during the match?

Did you believe it even after the game against Austria?

The boys and I talked about the fact that there is always such a match at these championships, but that does not mean anything. The matches are tied in the second group. Hockey equalizes, and when the goalkeeper catches it, he concretes it, which is then difficult to impose. But when you come across someone and don’t sniff them, you have the skills to score goals.

Have you ever had such a clean first half with a result of 5:0?

If so, a long time ago. It was nice, we thought that if we gave two, we would add more. We knew we needed three points. Sometimes when you want power, mistakes happen, but today we thought we were playing what anyone could. Let’s win, let’s not see how many points we have.

However, you didn’t score again in the second and third periods.

This is how the team sometimes slows down. Their substitute keeper was pumped, but the chances were still there. We had a good defensive game. We pulled on a rope.