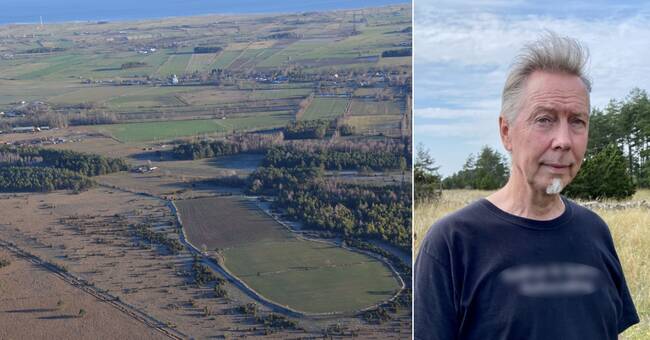 The term Sörby Borg is mentioned by the priest of Öland Nicholaus Vallinus in his thesis “Om Öland” 1703. But no clear place for the castle is described, and despite many attempts, the old castle was not found. It wasn’t until archaeologist Jan-Henrik Fallgren found the castle now.

The likely reason is that you are looking in the wrong place. The village of Sörby is located just over a kilometer and a half from the site.

– The land here belonged to Sörby in the 18th century, says Jan-Henrik Fallgren.

Fornborgen is located just west of Bredsättra in an area called Kvinnön, which was also an island before Skedemosse began to be excavated 400 years ago.

– What is special and exciting is that you can see that here there was an ancient castle on an island, probably sacred, in a sacred lake where people sacrificed themselves to the gods for almost 2000 years, says Jan-Henrik Fallgren.

Congratulations from all over the world

When it became known in archaeological circles that Fallgren had found the castle, many were skeptical. But he had the area examined with ground radar and was able to establish that there are a large number of house foundations radially along the wall – just like in other ancient castles on the island. The critics were silent.

– I have received many congratulations from colleagues in Sweden and Scandinavia – and indeed the world, says Jan-Henrik Fallgren.

– That you can now find a new old castle here on the island is sensational in many ways.