Artistic gymnastics, Italy at the world championships with the Olympic fairies 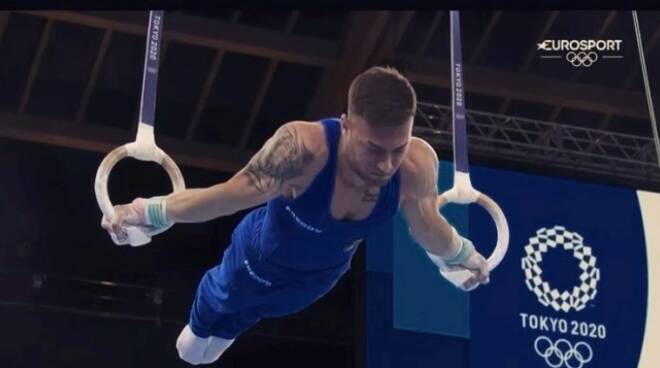 About a thousand kilometers. Both the distance that separates Tokyo, framework of the last Olympic Games, of Kitakyushu, the city in southern Japan which was the birthplace of Kohei Uchimura and to the president of Federgistici Morinari Watanabe and that from October 18 to 24 will host the 50th edition of the Championship World of artistic gymnastics for men and women. In the Rising Sun, in a generational mix that will ignite the competition even more, the champions of the five circles and the young people who missed the Olympic meeting, between ambitions of confirmation and affirmation.

Just yesterday, the Italian Gymnastics Federation published the called list who will participate in the world championship, in an individual challenge – off-road and for specialist titles – among more than 400 gymnasts representing 59 nations. From the section headed by the National Technical Director Enrico Casella, there will be four fairies who will leave for Japan: Twins Alice and Asia D’Amato, already protagonists of the Olympic adventure, with Elisa Iorio and Désirée Carofiglio, both returning to international competition after their respective injuries. All four are part of the State Police Golden Flames sports group and recreate – albeit in part – the bronze team at the last world championships in Stuttgart 2019 (with them there were also Giorgia Villa and Martina Maggio), although this edition of the world championship will test each one only with himself. Alongside the gymnasts, there will be technicians Marco Campodonico, who with Casella and Monica Bergamelli follows the work of the Fairies at the Academy of Brescia, and Paolo Bucci, trainer with Tiziana Di Pilato di Carofiglio at the Academy of via Ovada in Milan.

The same ambitions also come from the men’s section of the national technical director Giuseppe Cocciaro, between a desire for confirmation and redemption. Nicola Bartolini (Pro Patria Bustese) è rimasto scottato dalla mancata qualificazione olimpica (per un cavillo nel regolamento) e non si è accontentato del bronzo all’Europeo di Basilea: scalderà i motori a cavallo con maniglie e volteggio per giocarsi il tutto su t corpo nel free. Also Salvatore Maresca (Gymnastics Salerno) is called upon to reiterate the good things shown in Switzerland with the less precious metal on the rings. Specialty that will also call to arms Marco Lodadio (GS Aeronautica Militare) after the quasi-final of the Olympic Games. The agent of the Fiamme Oro of the State Police will meet at the bar, Carlo Macchini, and will come back too Nicolò Mozzato (Spes Mestre), after more than a year of absence from international platforms due to injury. Finally, the debut in the World Cup of the young Thomas Grasso (Polisportiva Celle), specialist in aerobatics. Next to them the federal technicians Marcello Barbieri, Marco Fortuna and Gianmatteo Centazzo.

Twelve world titles up for grabs, in first major meeting of the triennial that will lead to Paris 2024. Maximum six men and four women for each nation, no teams and open fight for all-around crowns and individual tools. In the draw held in Tokyo at the end of the artistic Olympics, the Azzurri ended up in the seventh of the eight subdivisions and will start with the horse with handles, while the Italdonne will start at the asymmetric parallels in the second of the six groups of women. The delegation, leaving on Tuesday for Japan, where it will arrive the next day, will be led by Deputy Vice-President Valter Peroni and completed by GAM race officials Fulvio Traverso and Umberto Zurlini, by GAF judge Gioconda Raguso, by the physiotherapist Salvatore Scintu and by Federal Doctor Matteo Ferretti.