Bayern in final training with Hernández 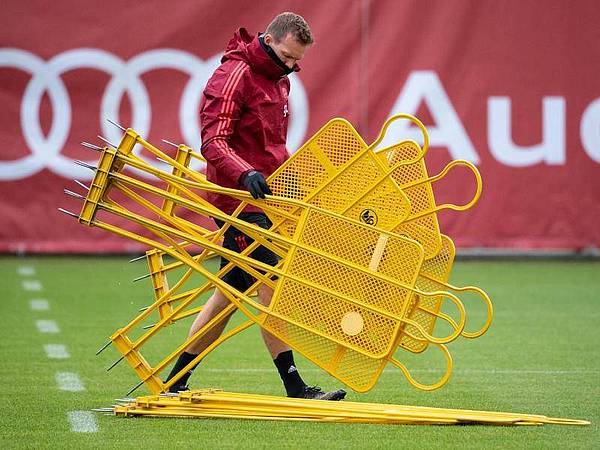 FC Bayern Munich have final training for the Champions League away game against Benfica Lisbon with Lucas Hernández, but without Leon Goretzka and Alphonso Davies

World football champion Hernández, who appeared in court the day before in Madrid and faces six months in prison, obviously had fun with his colleagues during the session at the club’s premises in Munich. Coach Julian Nagelsmann and the French defender are planning Wednesday’s game (9 p.m. / DAZN) in Portugal.

In the first quarter of an hour of the training session, open to media representatives, Davies and Goretzka were absent. Davies was beaten 5-1 in the Bundesliga against Bayer Leverkusen and was substituted before the break. Goretzka only played the first half against Leverkusen.

After a perfect start with two wins and 8-0 goals, the Munich side are aiming for their third group stage victory in Lisbon. Benfica are second in Group E and with a win and a draw also still without conceding a goal.

Bayern’s venue is special: In August 2020, they celebrated the Champions League triumph at the Estádio da Luz with a 1-0 victory over Paris Saint-Germain. A few days earlier there had been an intoxicating 8-2 victory over FC Barcelona in the quarter-finals.

Hernández is defending himself against the impending prison sentence in Spain, his lawyers have appealed. If that hasn’t been decided by October 28, the football star will likely have to serve his prison sentence. This had already been imposed on him in 2019 after a physical argument in February 2017 with his then girlfriend and now wife.