Bierhoff: the DFB team has “quality for the best in the world” 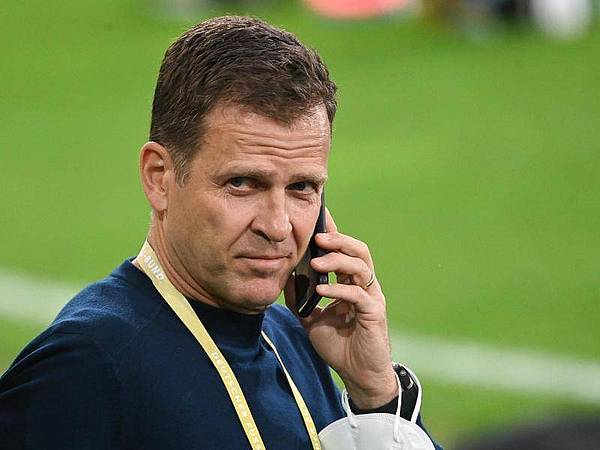 Germany will be the first team to qualify for the 2022 World Cup in Qatar. The excitement is back under national coach Flick, DFB manager Bierhoff said.

Berlin (dpa) – Oliver Bierhoff sees the German national team on track 13 months before the start of the FIFA World Cup and at the same time has supported the high standards.

“We have quality for the best in the world. As the German national team, you must have the right to want to become world champion, ”said the DFB director in the“ kicker ”interview. Everything does not happen in a fun way, and the exploitation of chances must also be much better. But: “The team brings what the coaching team does. You can feel the enthusiasm, the joy and the identification with this team. “

After the disastrous EM and round of 16 first leg against England (0-2), the DFB squad started under new national coach Hansi Flick with five wins in five games and were the first team to come out qualify for the World Cup in Qatar. next winter. From Bierhoff’s perspective, Bayern players also play a big role in this regard.

“Anyone who plays for Bayern Munich and stands firm there brings quality and mentality with him. These players have an absolute will to win, a high level of professionalism and are very focused on achieving their high goals and those of their teams, ”explained the 1996 European champions. More recently, Manuel Neuer, Niklas Süle , Joshua Kimmich, Leon Goretzka and Serge Gnabry were and Thomas Müller six Bayern professionals in the starting XI.

For Bierhoff, who now has planning security, preparations for the inaugural World Cup in the winter months of November and December are now starting. Usually the DFB squad prepares intensively for the tournament in a training camp. In 2010, 2014 and 2018, the team around former national coach Joachim Löw was in South Tyrol. There will be no training camp for the next year due to the tight schedule.

Because the last Bundesliga day before the title fights ends on November 13, 2022, and the World Cup tournament begins eight days later, on November 21. “If so, then there can only be a short break to acclimatize, there is too little time for a real training camp,” Bierhoff said and “definitely” plans a game. test during this period.

A decision on the World Cup area is due to be taken next spring. Bierhoff and team manager Thomas Beheshti have already traveled to Qatar “to inspect local conditions. We will be visiting Qatar again this year and taking a final photo. After the draw in April, we can then fine-tune, ”said Bierhoff, 53.