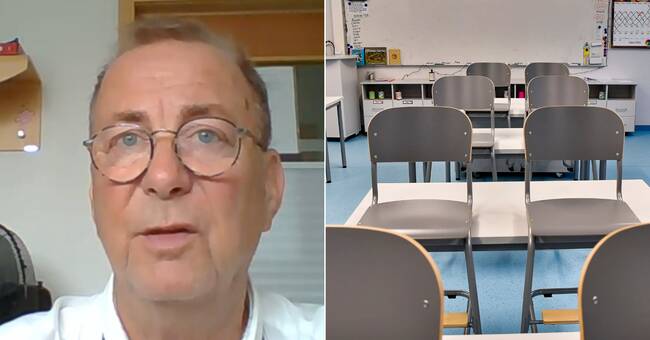 Shortly after midnight on Monday, Vammarskolan manager Anders Kempe was woken up by a phone call. An alarm concerning a flood in the chemical room of Vammarskolan had been received by SOS Alarm. Despite the fact that emergency services began pumping water as soon as they arrived on the scene, the school halls could not be saved from the extensive moisture damage that has now established itself.

The flooding took place upstairs in the school’s technology, biology and chemistry room. At the same time, water rushed to the ground floor where the college has its classrooms. In total, at least six large classrooms and a few other small areas are water damaged. The renovations will take at least three months.

Four and six will be forced to spend much of the semester elsewhere. High school students will also receive education elsewhere. On Wednesday, Anders Kempe will visit the premises of the nursery school in Loviseberg and Sjöhuset. Perhaps this is where the school’s operations move.

The suspect may have been filmed

– I don’t know if there’s a suspect. But I do know that we have access to cameras in the area, which we’re pretty sure someone has entered. So it’s highly likely that we can see who’s been there, says Anders Kempe.

The incident was reported to the police.