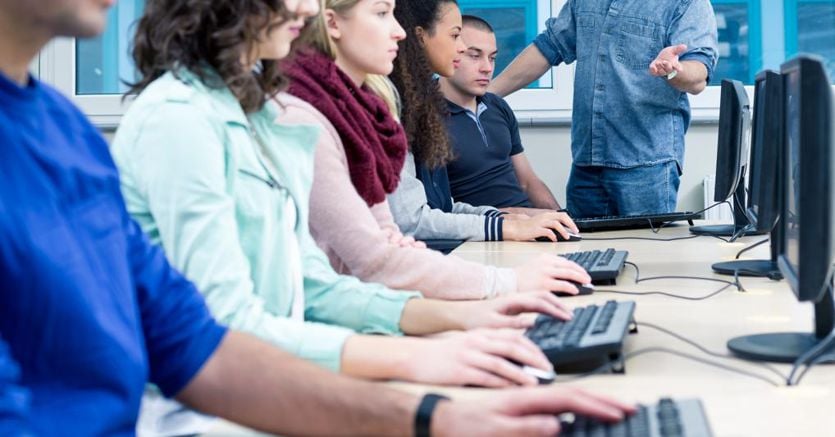 This term, introduced by the European Commission, includes the 21 basic digital skills of citizens. As we can see from the data, there is a deep gap between Italian and European children. In Italy, only 1 in 4 young people have been trained in these subjects, and at European level there is a better and more ongoing educational work on digital citizenship education and the development of digital skills. “In each case, the people have, for the first time, been offered a chance to vote.

“By designing digital citizenship courses that cover more and more important issues, such as education in emotionality, sexuality, ecology and combating racial prejudice and stereotypes,” says Gregorio Ceccone, educator and educator coordinator for the Digital Ethical Movement. say creating opportunities that can specifically bring an improvement to the world around us. From the data we have collected, gaining greater awareness of the issue of digital citizenship seems to be fundamental. How to do this step? Systematically bringing this lesson to school. Both in Italy and in Europe. These are skills and abilities that allow us to be more aware of the opportunities of the network “.

Participation in causes through the internet

“Have you ever been involved in an initiative, shared on Instagram or supported an online petition in support of a social cause?” 33.1% of Italian children and 63.7% of Europeans answered in the affirmative. “Certainly social media, especially Instagram and TikTok with short videos and wheels – is Dal Maso’s comment – have become the means by which young people can get more information by contributing, even with a simple sharing, to This virus exchange mechanism reinforces the issues that are being transmitted, such as in the case of climate change or racial prejudice, which are closely affecting them. the only way to educate digital citizens capable of building a better society. “

Towards a European day?

At the Rome event, the Digital Ethics Movement will, together with its European partners, call for the introduction of a European Day for Digital Citizenship, in the presence of representatives of institutions such as Francesco Tufarelli, Director General of the Council of European Politicians and Senator Messina Undersecretary to the Presidency of the Council for Technological Innovation and Digital Transition. “Digital citizenship – explains Dal Maso, who was included in 2019 by Forbes among the five most important Italians under 30 in education and a member of the European Commission’s Digital Skills and Job Coalition – is the cornerstone of its future society and we can define it as a union between civic education and digital education, therefore on the one hand the training of his rights and duties as a citizen and on the other hand the awareness that online and offline actions have an impact in the present and in the future for himself and for others “.