Eriksson receives the bandage: “Easy to lead this team” 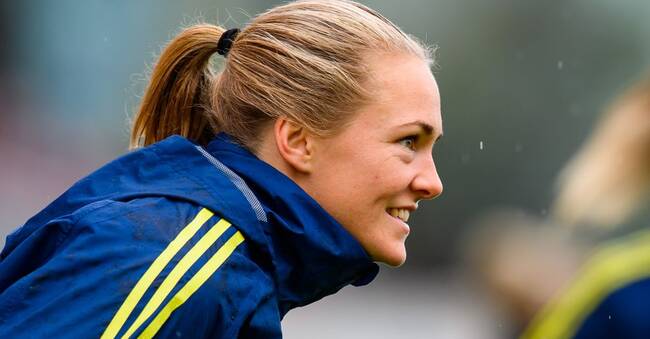 She knows what it is. Magdalena Eriksson is the captain of the Chelsea club team and also had to wear the bandage earlier in the national team. So it’s a not too unpredictable choice Peter Gerhardsson made ahead of Thursday’s game against Ireland.

– What’s so funny is that Peter has this confidence in me, that he trusts me so much and gives me this responsibility. It doesn’t change anything fundamentally, but it’s incredibly fun, she says.

Is there a difference between being a club captain and a national team captain?

– No, not in the way I see the role of captain. For me, it’s about getting it through who you are as a person. You shouldn’t change that way, she said.

She does not consider leading an experienced national team the most difficult task.

Another good news for Magdalena Eriksson is that she is nominated for the Ballon d’Or, the prize for the best footballer in the world, nominated by the French newspaper France Football. Eriksson, who comes from a season with the Champions League final with Chelsea and Olympic silver with Sweden, is one of the two Swedes nominated. The other is Häcken striker Stina Blackstenius.

– I have always been a little double for such nominations and awards, because you can discuss that name here and that name there. But deep down, I think it’s a lot of fun to get that kind of attention, Eriksson says.