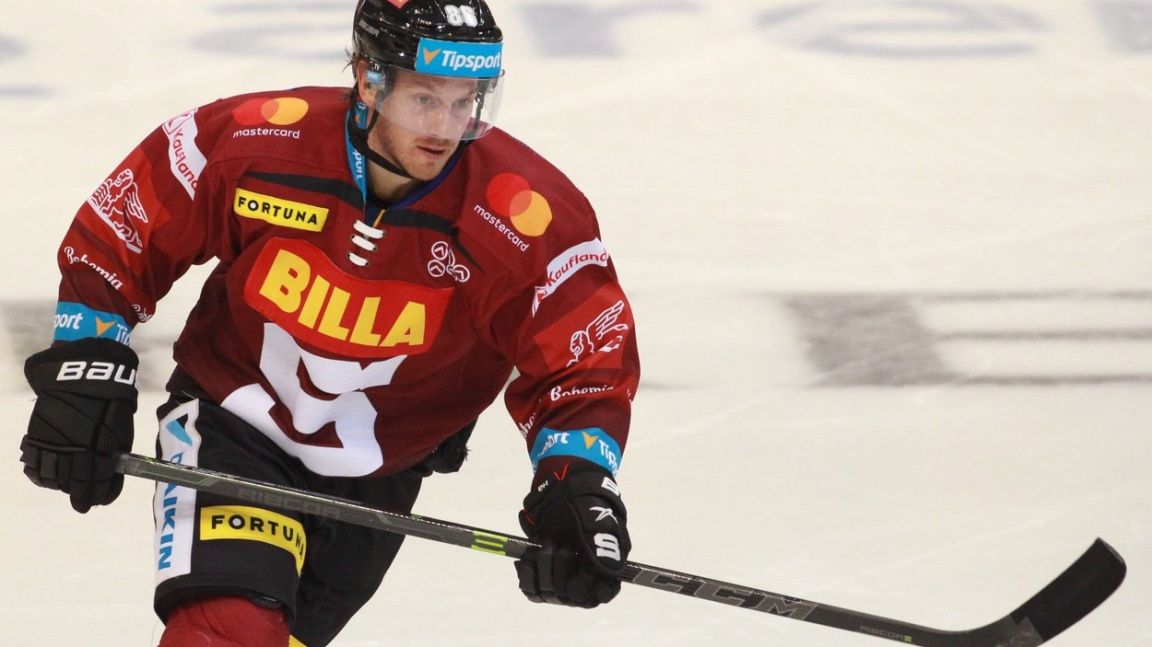 Swedish hockey forward Erik Thorell of Sparta leads the league’s extra productivity by one point after the first quarter, ahead of Třinec’s Martin Růžička and České Budějovice’s Lukáš Pech.

Thorell, 29, who bolstered the Prague people ahead of Switzerland’s Zug season, has scored 18 points in 13 appearances and is also the top recorder with 13 assists. Růžička has scored eight goals in the same number of duels and registered nine assists. Pech has a score of six goals and 11 assists in 14 matches.

The top scorer is Robert Říčka from Pardubice with 11 goals. Růžička shares second place with eight goals with another Třinec striker Erik Hrňa, Filip Chlapík from Sparta, Milan Gulaš from České Budějovice and Jakub Kotala from Mladá Boleslav. Among the recorders are others with 11 assists Pech, Michal Krištof with Petr Holík from Brno and David Cienciala from Pardubice.

The most productive defender is Slovakian Peter Čerešňák from Pilsen with 12 points (3 + 9) in 13 matches. Michal Moravčík from Sparta has the best over / under record and 11 positives. The worst are bek Daniel Gazda with forward Zdeněk Okál from Zlín and forward David Dvořáček from Kladno. The player most punished with the striker is Pavel Kubiš from Zlín with 58 minutes.

Goalkeeper statistics are dominated by Jakub Sedláček from Olomouc with a success rate of 95.80% and an average of 1.19 goals per game. Hradec Králové’s Štěpán Lukeš reigns with three own accounts

Kladno won on Sparta on Sunday before the highest visit of the season, Třinec is second

Kladno’s hockey players won the 15th round of the Tipsport extra league ahead of the season’s highest visit by 14,126 spectators to the Sparta 4: 3 ice after separate raids, ending a five-game losing streak . The Pardubice leader’s second place went to champion Třinec, who outscored Mladá Boleslav 5-0 at home. He jumped Hradec Králové, who lost 3: 4 to České Budějovice, and also his current match.

The penultimate Kladno has gained just two points from the last five matches, but in the O2 arena, where Jaromír Jágr’s performance has traditionally drawn large numbers of visitors, he has seen a successful turnaround. The guests lost 1: 3 early in the 58th minute, but scored two goals in the game without a goalkeeper, and the raids were decided by twenty-year-old striker Matyáš Filip. Defender Jake Dotchin and striker Tomáš Plekanec (both 1 + 2) were among all the winners’ goals in base playing time.

Třinec led the first mutual duel with Mladá Boleslav since the spring semi-final in the 22nd minute with a three-goal difference. Miloš Roman scored the first two goals, Erik Hrňa added the third, Tomáš Marcinko the fourth and Roman Szturc the fifth. Marek Mazanec kept his clean sheet for the second time this season.

The skating club did not take the opportunity to get ahead of Pardubice, who overtook the 15th round duel with Zlín (5: 1) on October 5, as well as Hradec Králové. Mountfield’s five-game winning streak ended in České Budějovice. This was first observed this year by the sold-out Budvar arena, and with the absence of four injured forwards, 2010 home champion Jiří Novotný wore the home shirt after nineteen years. .

Vítkovice beat Liberec with Petr Fridrich’s lone goal 1-0 in extra time. The Vítkovice striker decided the win with his fifth goal of the season after just 21 seconds. Home goalkeeper Aleš Stezka notched his first zero, and it also prolonged the suffering of the White Tigers, who have won only one of the last nine matches.

Vítkovice was led in the match by assistant Radek Philipp, who represented Miloš Holan on behalf of the ailing head coach. Forward Lukáš Krenželok has started the 1000th extra-league jubilee game.

Comet Brno won Olomouc 4: 1 at home and succeeded for the third time in a row. The Hanans have not followed up on the last two wins.