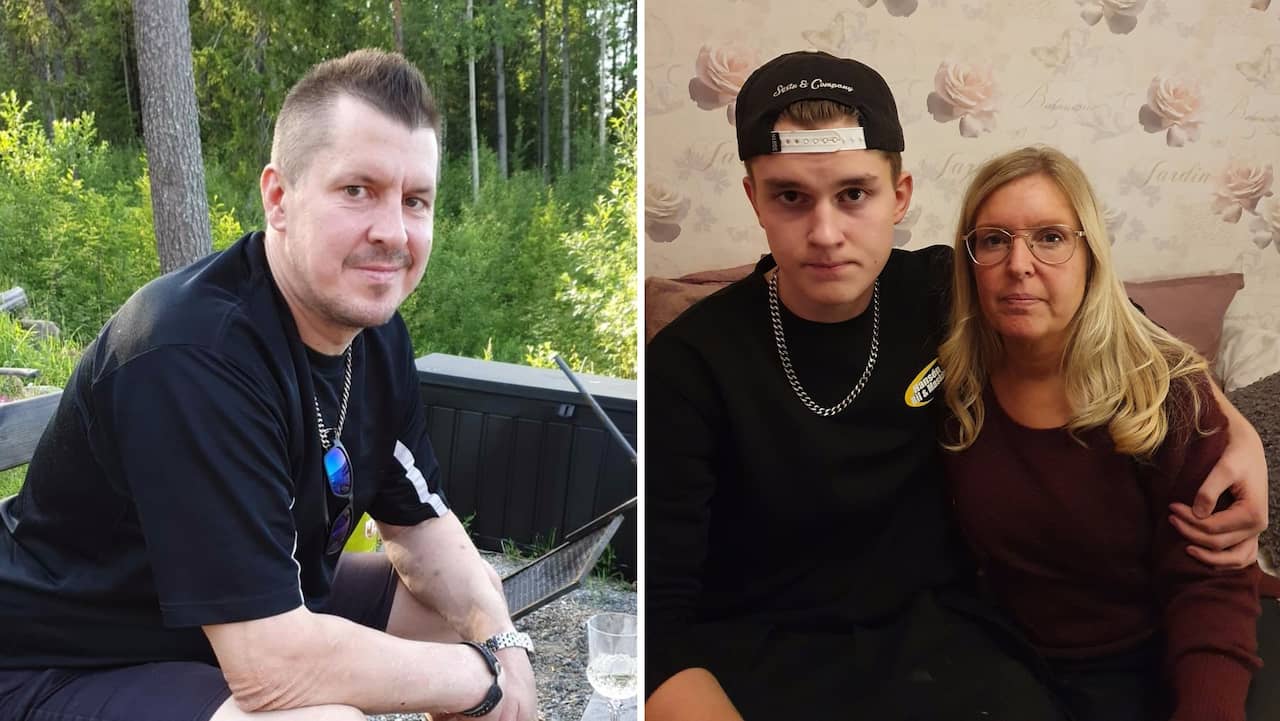 More than a year has passed since the disappearance of Mikael Simonsson, 45. Even today, many questions remain.

No one knows exactly what happened on Saturday July 11 of last year.

Mikael was traveling from his home in Boden to Notsel’s chalet, outside Harads, to paint and donate. His father also went there, but did not spend the night there.

When the father returned the next day, Mikael was gone.

– We thought he might have gone or gone fishing. But when daddy went there a little later, he still wasn’t there. That same day, we sounded the alarm, says sister Helena Strömgren, 51.

“I hoped he was alive”

Much of Mikael’s family is in the area, both sister and parents and two sons. For them, the disappearance was a shock.

– I only realized later that it was for real. It was like a nightmare, recalls her 15-year-old son Noel.

After registration, an intensive search began. Helena and her partner went to the chalet to meet with the police. Then the search continued into the night.

Soon the missing persons were also involved. There were searches with dogs, police patrols and volunteers. People tipped and others were interviewed.

But nothing led to Mikael.

– In the first weeks, we thought a lot about what could have happened. We hoped he was alive, Noel said.

The family requested a death certificate

The last big search took place in October of last year. Even after that, the police keep the investigation open and receive tips. Conversations with the family slowed down, however.

– Now they say very little unfortunately. I feel like the fall has been cool, says Helena.

After all the months that have passed, the family requested a declaration of death for Mikael. It’s a decision that came with mixed feelings.

An end that is still not really an end, describes Noel.

– In a way I want a death decision, but in a way I don’t want it. We feel a little better if we don’t have it. Then you can always hope that something can happen.

– Once we put an end to this, I think it will leave a very big void.

The idea of ​​never knowing what happened describes Helena as terrible. But the wait was also very difficult.

– At the same time that we want to find Micke, we understand that he is not alive.

“He was the best in the world”

The sister describes her brother as a warm and emotional person. Someone who cared about the rest of the family and was good at showing how scared he was of them.

“It was the best in the world,” Noel nods.

They haven’t decided what to do with the funeral yet. It can come later.

Now it’s about talking about Mikael, remembering together, Helena explains.

– It’s our way of honoring Micke. He is in our midst in a way. Not a day goes by without thinking about him.

Noel also wants to talk a lot about his father.

– I talk about it all the time. We can sit down and speculate on what happened. It is then as if hope returns. You make up your own stories and may think it might not be that dangerous.

This is how the police search for missing persons