Fanta with scary AR stunt in the cityscape :- We wanted to create a Halloween atmosphere 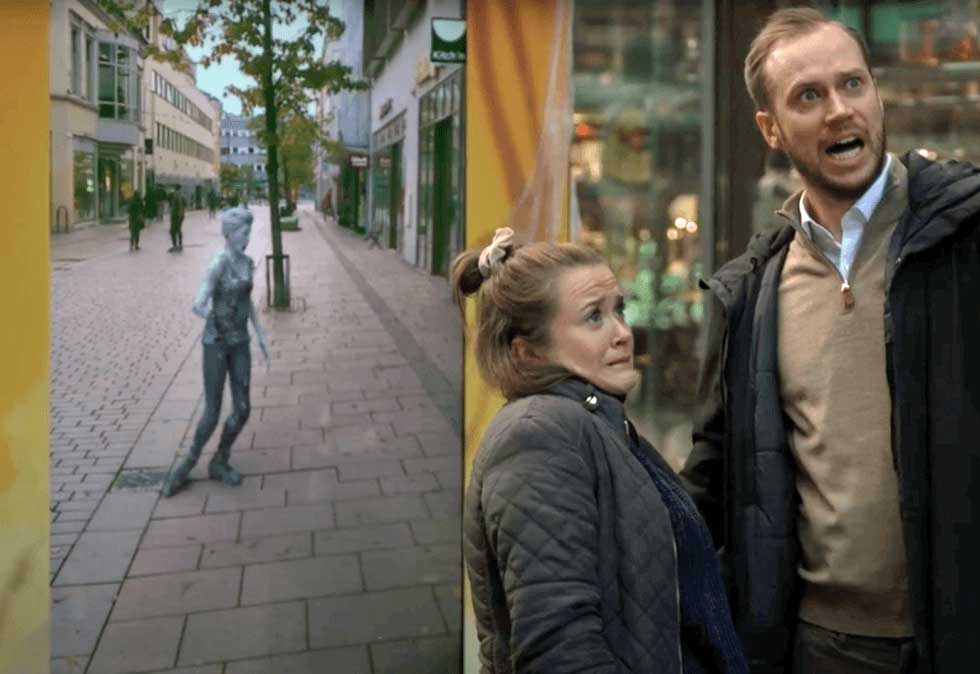 An outdoor advertisement for Fanta in the pedestrian street in Drammen made the heart beat a little harder among passers-by. Because in what looked like an empty advertising booth, zombies and spiders appeared on the street.

– We wanted to create a Halloween atmosphere and do something new with Fanta, says Ena Dulas, product manager at Coca-Cola Norway and responsible for the campaign.

The Dentsu agencies Merkle and Carat are behind the campaign, together with Coca-Cola Norway and JCDecaux.

– For Fanta and Halloween, we wanted to create something that stands out and can create engagement. Fanta is a playful brand and we wanted to show that through the stunt itself, but also by creating content that can be shown to more people via social media, says Christine Bergby, advisor in Merkle.

– A playful brand
Merkle was responsible for the material production and the creative idea, while JCDecaux provided the technical solutions and motion design of the AR figures.

– Fanta should be the soda you associate with Halloween and a brand that makes things a little different. Fanta should be fun and playful, and I think we’re showing that with this campaign, says Dulas.

– It is very exciting to work with such a playful brand like Fanta, and in this way to fully grasp the Halloween concept. Fanta is clearly visible in the cityscape and by using QR codes in the creatives we can also connect the analog and the digital in a good way, says customer manager in Carat, Tina Martinsen.

– Connects Fanta and Halloween
Besides the AR stunt, Fanta does more related to Halloween. They’ve also changed the label on the bottle to a scarier version, in addition to setting up a shelter at Aker Brygge.

– The barn shows a lot of what we associate with Halloween and all the scary effects that make Halloween fun. Besides being made in the proper Fanta style! We hope and believe that this will get the people of Oslo in a Halloween mood, says Dulas.

The shelter was also designed by Merkle and is in style with the rest of the campaign.

– We’ve had to get creative and challenge Fanta on how to best connect Fanta and Halloween. This location is the icing on the cake of the campaign and really connects Fanta and Halloween in a beautiful orange association, Bergby says.