Ferrari, the legendary 6 cylinder from Maranello on the shields. From the 1061 Phill Hill F1 to the new 296 GTB Phev 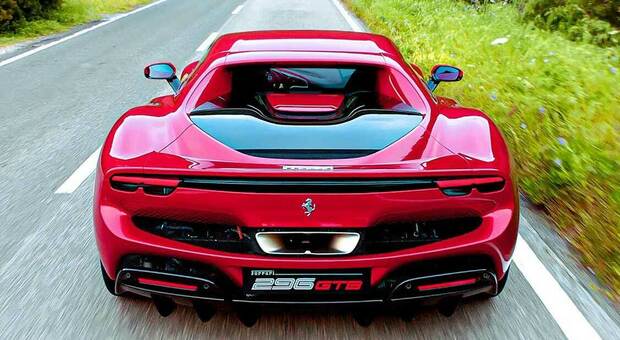 In Maranello, they would like to point out that the engine of the new 296 GTB is the first V6 fitted to a road Ferrari. But those who know the history of the Maranello factory know well that in 1968 a “small” 6-cylinder engine was built for a 2-seater berlinetta which never bore the Prancing Horse trademark, since the brand was created Dino. A way to honor the memory of the eldest son of Enzo Ferrari, who had collaborated in the initial design of this engine before being crushed by muscular dystrophy at the age of 24.

If that’s not enough, other 6-cylinder engines have marked the history of the legendary Maranello plant, even if they are used exclusively on racing cars: memorable, in particular, the exploits in Formula 2 and, above all, the triumph of Phil Hill at the 1961 Formula 1 World Championship: The American driver actually drove the Ferrari 156, which many remember with the nickname “shark” (inspired by the design of the front panel) but in reality the first two digits indicated the displacement ( 1.5 liters) and the third the number of cylinders.

In more recent times, since 2014, the Maranello Reds have again adopted the turbo V6 architecture, to adapt to new regulations aimed at reducing displacement and consumption, also thanks to hybrid technology.

Although the legend of Maranello often identifies with the roar and power of 12 cylinders, and despite the boom of 8 cylinders fitted to two-seater rear / mid-engine berlinettes, V6s are therefore an integral part of Ferrari history and indeed represent a benchmark important for the whole of motorsport made in Italy, in particular for the whole Stellantis family.

We must not forget it, indeed, that we Italians can boast – Ferrari aside – other masterpieces like the V6 of the Alfa Romeo Giulia Quadrifoglio (510 hp in “normal” version, 540 in GTA), without forgetting the phenomenal Maserati-branded Neptune The 3.0-liter 630 hp / 730 Nm V6, a rare example of patented mild hybrid technology, derived from Formula 1, capable of pushing the MC20 to a speed of 325 km / h, with a passage of 0 to 100 in 2.9 seconds, but also to contain consumption below 10 liters / 100 km.