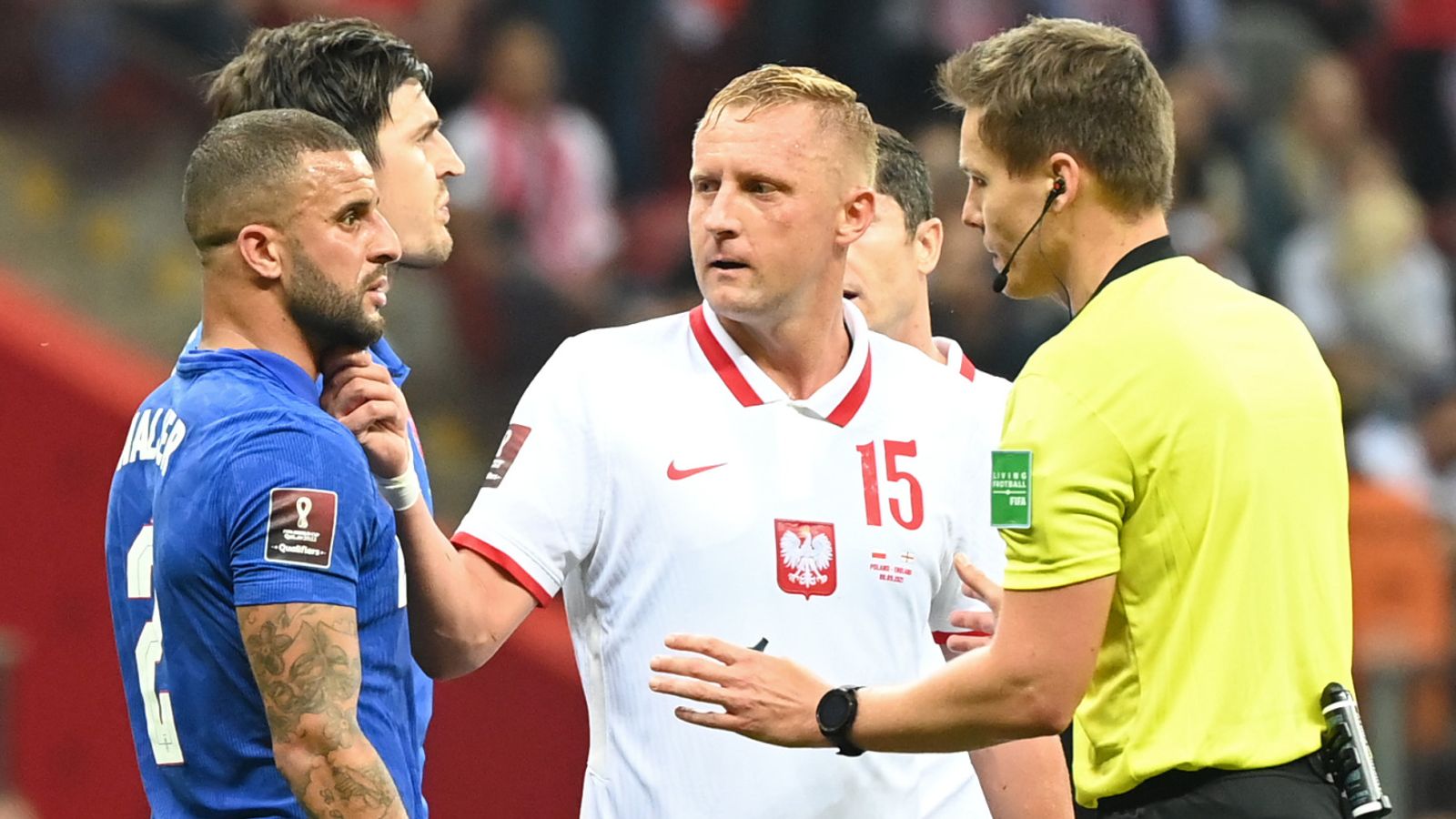 FIFA will not take further disciplinary action after a trade between Kamel Celik and Kyle Walker in the World Cup qualifier between England and Poland last month due to lack of evidence.

England informed the referees of the incident on the pitch after Glick appeared to pinch Walker’s neck before there was a fight between the two teams in Warsaw.

Glick and England defender Harry Maguire received a warning after the incident and the game continued with a 1-1 draw.

FIFA said it would open an investigation into the racism allegations, but found no conclusive evidence of a violation.

In a 1-1 draw with Three Lions in Warsaw, Glick appeared to pinch Walker’s neck in a halftime fight

“After a thorough assessment, which included relevant match reports, the FIFA Disciplinary Committee decided not to initiate disciplinary proceedings against Poland against England on September 8 due to insufficient evidence.” A FIFA spokesperson said.

“FIFA’s position remains firm and firm in rejecting all forms of discrimination, but in this particular case, no evidence has been provided to support further action.”

“It was a normal football incident,” he said. “The emotions were very strong. There was some free kick pressure between Glick and Walker. There was a lot of tension and a little pushing, but there was no racism.

– During the break, we talked about it with the fourth official and talked to the players, and they told me there was no racism.

The taunts could be heard from outside our stadium as England players were injured to show their support in tackling racism ahead of the match.

Then, clashes erupted in the remote part and the police used batons to try to control the crowd before it was revealed that they had been forced into the room.

Player Anita Abiyomi shares how she sat on the step above the Hungarian fans at Wembley and her experience with the turmoil below.

Metropolitan Police have revealed that they arrested one person for racially motivated public order violations and two on suspicion of brawling and assaulting a rescuer at the stadium.

As the unrest in the lobby and outside Wembley continued, police again arrested one for fighting, one drunk and disorganized and the other suspected of voyeurism.