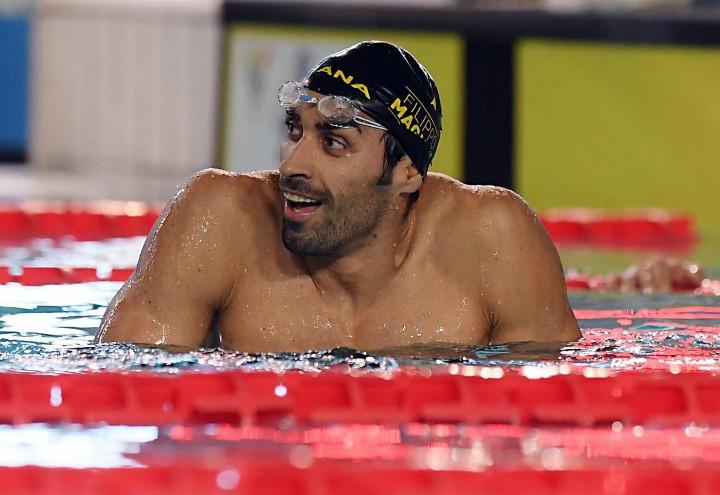 Philippe Magnini will be invited this evening to GF VIP with Massimiliano Rosolino, two legends of Italian swimming will therefore enter the house of Big Brother Vip, shining the spotlight on the history of Italian swimming over the last quarter of a century. For Filippo Magnini, the two gold medals won in the queen swimming competition, I 100 m freestyle men, in two consecutive editions of World Swimming Championships in 2005 and 2007, but also the acquittal of a doping case which risked tarnishing his great successes and the notoriety he also acquired for his loves, first with his illustrious colleague Federica pellegrini and then with the showgirl Giorgia Palmas, whom he married on May 12th and with whom he had a daughter.

But let’s go in order remembering that Philippe Magnini was born in Pesaro on February 2, 1982 and has already achieved excellent results in 2004, such as gold in the 100 meters, bronze in the 200 and gold both with the 4 × 100 relay and with the 4 × 200 at the European Championships. and a little later the bronze medal with the 4 × 200 sl at Athens Olympic Games 2004, which will remain Filippo Magnini’s only career Olympic medal. The feeling with the World Cup is much better, starting with the aforementioned triumph a Montreal in 2005, when Pippo won the 100 freestyle in 48 ”12 thus becoming the fourth Italian men’s world champion after Giorgio Lamberti, Massimiliano Rosolino and Alessio Boggiatto, the first of the queen race.

FILIPPO MAGNINI, THE VICTORIES AND THE (DISMISSALS) CHARGED WITH DOPING

Another memorable edition of the World Cup was that of 2007 in Melbourne, Australia, where Filippo Magnini again won the 100 sl gold in 48:43, although tied with Canada’s Brent Hayden, the third man to repeat the 100 title after two legends like Matt Biondi and Alexandre Popov. In addition, during this same edition of the World Championships, it was Magnini who led the Italian 4 × 100 sl relay to a historic second place. In retaliation, the disappointments at the 2008 Beijing Olympics were torrid: ninth in the semi-final and therefore first among those excluded from the 100 final, twice fourth with the 4 × 100 and 4 × 200 relays.

Filippo Magnini / Doping nightmare, Raoul Bova: “it was an injustice that slowed down a dream”

It was the conclusion of the important part of the career of Philippe Magnini, however, able to collect other great satisfactions, especially another world bronze with the 4 × 100 sl relay at the 2015 world championships in Kazan but also the third and last European gold medal in the 100 sl in 2012 in Debrecen, after the triumphs of 2004 and 2006. The final of Filippo Magnini’s career was however marked by the disqualification for doping 4 years, conviction confirmed on appeal on November 6, 2018 but contested before the Lausanne Court of Arbitration for Sport which, on February 27, 2020 accepted the appeal in its entirety proposed by Magnini, annulling the Italian sentences, repealing the disciplinary sanction and ordering the acquittal of the athlete of the charges against him, thus rehabilitating Filippo Magnini and his career as a great swimming champion.