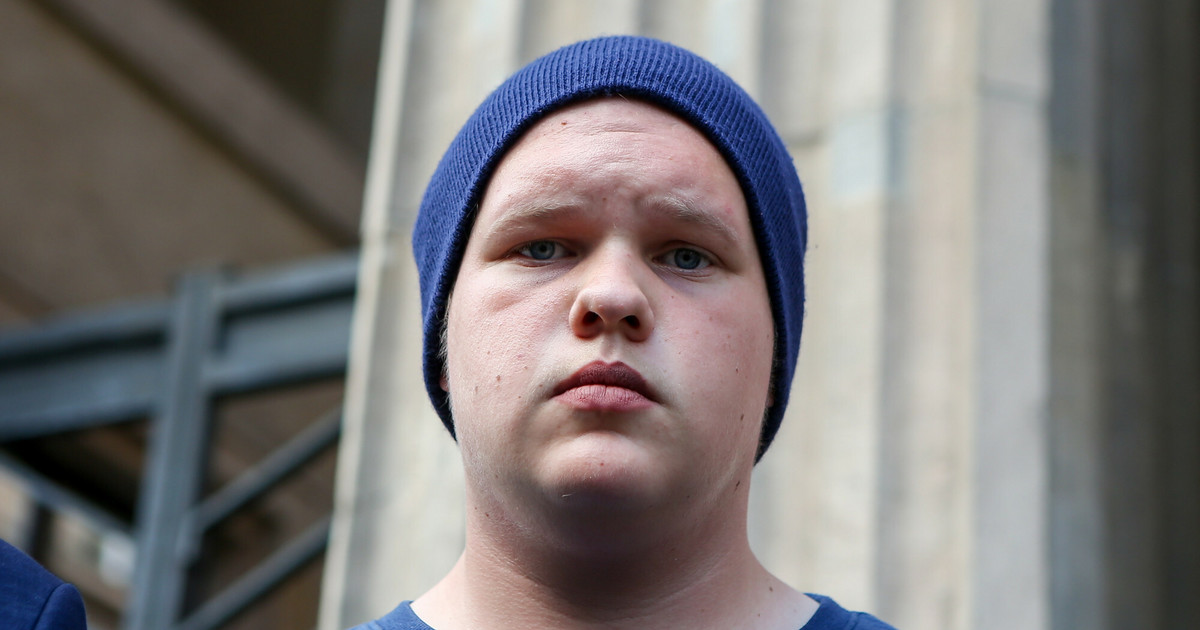 Frank Broda He started his career as an activist by responding to the negative reaction of the Law and Justice election campaign going on at the time, expressing his emotions on his Facebook profile.

Prime Minister Mateusz Morawiecki’s cousin commented on the statement by United Right MP Jacek Żalka, who said on TVN24 that “LGBT is not people”. Broda replied to the politician on social media.

‘Mr Deputy Sheriff. I’m a man and I’m not ashamed of it, but you should be. Unfortunate. And should these people rule over us?’ – He wrote.

Later, in an interview with “Super Express”, he criticized the actions of the current government and divisions in society led by the President of Poland.

– What PiS is doing now is dehumanizing society. Added to this is the attitude of President Andrzej Duda. He says of himself that the head of state must unite all citizens, while brutally dividing the Poles. It’s all very sad, even frightening. It got to a point where PiS was triggering an anxiety psychosis in society, he said.

In June 2020, Broda made a public coming out. He spoke openly about his sexual orientation in many media outlets. In an interview with the bimonthly “Replika” he shared how he discovered his sexuality and that he would like more acceptance for LGBT people.

– I discovered that I like men when I was 10 or 11 years old. I didn’t know at the time what was going on and if there was anything wrong with it, so naturally I took it. When I was 13, my parents and I went on a winter vacation to the mountains. On the last day of my stay there, I had to think more deeply, and then I also told myself out loud that I was gay. I cried all night, didn’t know how to tell anyone, thought everyone would hate me.

“I didn’t talk to my uncle about it”

The family couldn’t quite accept Brody’s coming out. In an interview with “Super Express,” Franka’s aunt, Marta Morawiecka, decided that her cousin was being pulled into a world he didn’t understand.

– LGBT is a fatal, intrusive ideology and I am its opponent. I think Franek is lost, I feel sorry for him. He is a victim of the world of superficial and empty slogans and the pursuit of popularity – she said.

However, she added that everyone deserves respect. “Every person has great dignity, and so does Franek,” she said.

On TVN24, Broda talked about his relationship with his uncle some time ago. He admitted that Mateusz Morawiecki is one of the few people in the family with whom he did not speak about his sexuality.

– Yes, I am an LGBT man. (…) I never once spoke to my uncle about it. I didn’t hear him refer to it. He treats it so it’s none of his business. I think it will stay that way – he said.

In an interview with Onet, he criticized his uncle’s lack of a clear statement on worldview issues.

– I have a big problem, but Mateusz Morawiecki does not comment on ideological issues. He is certainly a very good economist, although on the other hand to this day no one from PiS has been able to explain to me how to raise the minimum wage to 4,000. PLN will not cause a crisis. I believe Mateusz Morawiecki is not the best, but he is not the worst prime minister either – he said.

Broda admitted that despite his young age, he had moved away from his parents. He argued his decision in an interview with the bimonthly “Replika”.

– I live alone, I’ve moved. I came to a consensus with my parents. They agreed to such a solution, they rented me an apartment. I don’t want to say too much. These are my parents and they have asked me more than once not to talk about it. I’ll sort it out somehow. I don’t get along with them politically, I try my best to deal with them anyway. That’s it, he said.

He belonged to the PiS youth group

Broda has supported Law and Justice in the past and was even a member of the PiS Youth Forum. Sam explains that he tried to convince his peers about the LGBT community and that he himself was not discriminated against based on his sexuality.

After some time, he realized that he was against the worldview that PiS proposed.

– I supported PiS. I have never supported their view of life. We used to do such a test in the youth club to see if you “support PiS”. And there was also the question of whether you are in favor of legalizing civil unions. I answered yes and the rest said no. On the other hand, when there was a question about whether TVP was good television, I was also the only one who answered no – he said.

Broda admits there were situations during the protests where the police officers refrained from intervening after learning about his connections to the prime minister. On July 26, 2021, Broda, along with two other activists, tied himself at the gate of the Ministry of Education and Science, demanding, among other things, that Przemysław Czarnek resign. The young activist claims that without his uncle as prime minister, the manifesto would not have been taken seriously.

He wants to be a politician

Broda spoke about his interest in political issues in the politics podcast.

– I have always dreamed of developing in the artistic direction, but politics came to me. There is a phrase: “If you are not interested in politics, politics will be interested in you”. Politics interested me – he said.

In an interview with Onet, Broda admitted that politics is his main plan for the future. – I have two plans. The most important is to go into politics. I will soon be setting up an association that will deal with social affairs. And in the future I might start a political party. However, I have to see everything. For now I want to focus on school,” he said.

However, it is not his only passion. – I am also interested in makeup and makeup. However, I treat this path of development as plan B – said Franek Broda.

We’re glad you’re with us. Subscribe to the Onet newsletter to receive the most valuable content from us