From CATL the new sodium batteries 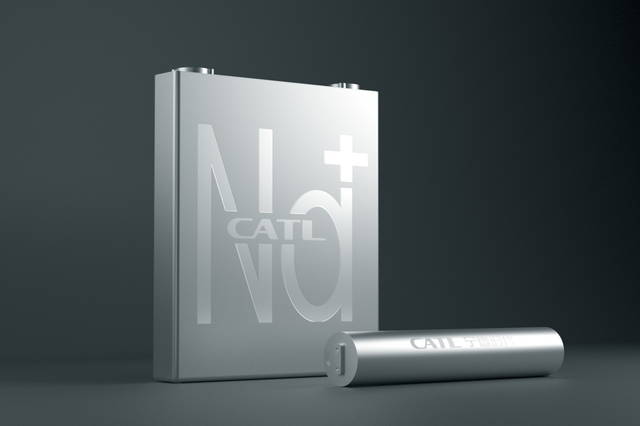 THE FUTURE OF SODIUM? – Ai battery technology lithium ions seems to have almost monopolized the drums rechargeable batteries for electric and hybrid cars. But this technique is not the only one to be favored: sodium ion cells can also play an important role. To say that it is precisely one of the largest lithium battery manufacturers in the world, the Chinese Contemporary Amperex Technology, CATL. The mechanism of operation of a sodium cell it is the same as lithium elements: sodium ions carry electrical charges between the electrodes, absorbing current when recharging and generating it when discharging. However, sodium ions create some additional difficulties: their larger dimensions (lithium atoms have only 3 protons and neutrons while sodium has 11) and they tend to fragment the electrodes and “pollute” them with it. crystals. CATL believes it has overcome these difficulties by using Prussian white for the cathode. This compound of sodium, iron, carbon and nitrogen has been modified by CATL to compensate for the rapid decrease in its performance in charge / discharge cycles.

FAST CHARGING, CONSTANT PERFORMANCE – For the anode CATL instead, he developed a hard carbon material but with a porous structure, which promises to extend electrode life, large storage of sodium ions and rapid movement of sodium ions. The declared performances are interesting: a 80% charged in 15 minutes, retention of 90% of the capacity at a temperature of -20C ° and thermal stability better than that of lithium elements. A weak point is the energy density: sodium cells reach 160 Wh / kg, far from the current 250 of lithium elements. But CATL promises that the next generation of sodium-ion batteries will exceed 200 Wh / kg. Whether the first sodium cells are produced by 2023, little is known about their prices; sodium is, however, much more abundant and cheaper than lithium and this is a good omen.

ALL-ROUND HYBRID – The low energy density limit would in any case not be too problematic in stationary energy storage applications of renewable energies, an application explicitly cited by CATL. To overcome the low energy density, the company is also studying hybrid batteries that combine sodium and lithium cells in the same pack. These batteries, called AB, would manage, thanks to an advanced algorithm, the battery management systems of the two types of cells, combining the best energy density of lithium ones with the good performance of sodium ones at low temperature. Interesting news is that the production of sodium-ion batteries it is compatible with lithium battery manufacturing systems and processes: it is thus possible to quickly reconvert production lines.