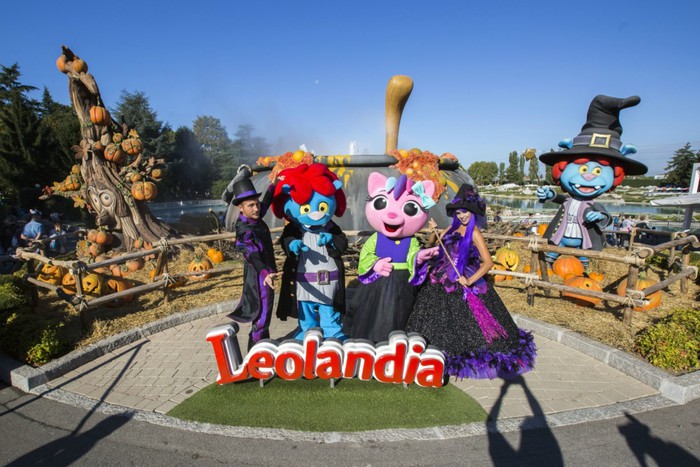 (by Ida Bini) (ANSA) – CAPRIATE SAN GERVASIO, OCT 27 and family-run hotels to celebrate Halloween. It is the scariest celebration of the year that Americans have exported around the world and which is reminiscent of Celtic New Year, where you fight against the darkness and the demons with spectacular parades and disguises that mock the fear.

Colorful pumpkins, ghosts, careless witches, vampires and a large magic pot: this is the backdrop to the perfect Halloween style of Leolandia, Capriate Park, celebrating its 50th anniversary this fall. The amusement park near Bergamo awaits young and old with games, music, entertainment and the new musical “Accademia dei Vampiri”. Leo and Mia, the hosts of Leolandia, transform into magicians in the new show “Leo and the HalLEOween Party” and then entertain the little ones with an unprecedented themed babydance. The heart of the village is HalLEOween Town, a ghostly haunted town in Far West, home to the Academy of Flight Vacuum Festival. Street food also has a theme with sweet features of this period: caramelized apples, cotton candy, roasted chestnuts, marshmallows and, for adults, beer and mulled wine. On October 31, the park remains open until 9 pm, with theme parades and shows, with a wonderful firework finale. Info: leolandia.it At Zoomarine, the park on the outskirts of Rome, everything is ready for the Halloween party with scary events and dates in the 6 themed and outdoor realms: Zoomarine, the realm of shadows, pumpkins and ghost gods, monsters and the pirate Kingdom.

Finally, follows the reign of Carolina Benvenga, a well-known actress, singer and presenter of numerous children’s TV shows, which is followed on social media in her children’s dance videos. For the occasion, the entrance to the park is free for everyone up to 14 years old with the accompanying adult who pays. October 31st is a day entirely dedicated to Halloween: from 14:00 to 22:00 there are 10 events, including the “Medieval Belfagor Fire”, magic shows, laser shows, fireworks and a special themed dinner. Adults have access to The Clinic, a new horror journey. Info: zoomarine.it Zombies, witches and ghosts invade the Mirabilandia amusement park, ready for the weekend of October 30 and 31 – from 10 to 24 – and 1 November, from 10 to 20, with parades, performances, games and themes parties such as horror trails for adults and teens, fairy tunnels for children and families and the haunted laBrivinto. There are many initiatives to immerse yourself in the Halloween atmosphere: from the acid rain tunnel to the sadistic clown who mocks visitors to Psycho Circus. Everywhere in the park there are scary installations with pumpkins, witches, vampires, tombs and cobwebs and among this year’s innovations is the I lost Dante tunnel, where children will have to help Virgil find the Supreme Poet. Finally, among the performances is the musical Los Locos Fantasmas and Delirium, which takes place in a cemetery on Halloween night. Info: mirabilandia.it Hotel chains are also organized to entertain guests, especially the little ones, for the carnival party. With the Adriana Family Hotel’s “Weekend of Emotion” in Ledro, Trento, children can indulge in pumpkin decorations, hike in the mysterious nature of the Ledro Valley and join the Halloween Party, where they will be. was awarded the best costume.

From the mountains of Trentino to the sea of ​​Romagna Riviera: at Hotel Dory & Suite in Riccione, the little witch Ambra entertains younger guests with treats and tricks, who on October 31 can join the monstrous party and dinner. Dory’s Halloween Party ». Even the hotel spa and baby club are transformed with terrifying environments. Information: italyfamilyhotels.it (ANSA).