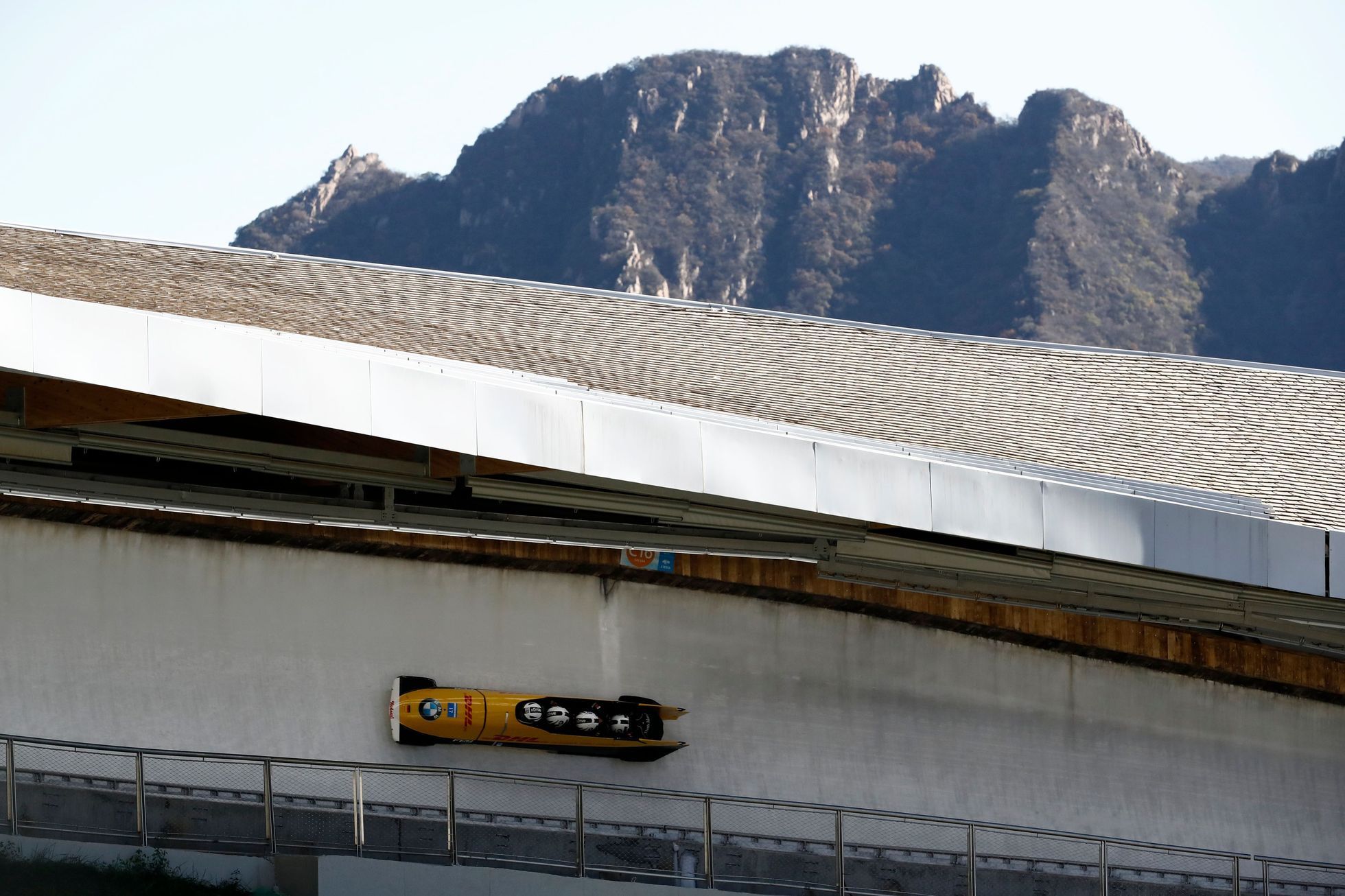 Czech bobsledders, who finished today’s three-week camp on the Olympic track in Beijing with today’s race, have experienced a “hungry” flight in recent days, not very good food in the l accommodation, but also a first-rate sports ground. Pilot Dominik Dvořák considers the river bed and its background to be one of the best in the world.

In China, major international sporting events have not taken place for more than a year and a half due to the coronavirus pandemic, but Olympic test competitions and associated camps have been exempted. For bobsledders and skeletons, track tests are also necessary for safety reasons.

But the trip to China was painful, according to the Bobista. First, Czech officials had to go through complex procedures to obtain visas and undergo prescribed tests for the coronavirus. Even the flight from Frankfurt itself was far from normal. “The whole trip was pretty scary. The flight attendants on the plane didn’t look like normal flight attendants, they were completely dressed in these anti-civic uniforms. The only food we had on the plane was just at the start. There was more food. It took about 17 hours to get to just when we got to the hotel, “said one of the crew Jan Šindelář in a video provided to reporters by the Czech Olympic Committee.

The journey was so long, partly because of the delay at the airport. In the terminal, which was only closed for these purposes, the floats spent five and a half hours testing and performing other procedures, and even here all staff were dressed in space suits to protect themselves from the coronavirus. Bobby has a “bubble” at the hotel, which is about a 45 minute bus ride from the track. “We have an athletics oval and a gym here, we are not allowed to go to the sports field. We are guarded by the police and the staff. The food is not much here, a lot. people have lost a kilo.

But the race river bed is top notch. “For me the track is impressive, very interesting. The most interesting thing is that the whole track is covered. Overall it looks like a Chinese dragon. The background is luxurious. Above the start is a warm-up room with a tartan belt, huge changing rooms, a dining room… as such, it’s the best that can be, ”said Dvořák.

However, the Olympic vibe in China is yet to be felt 100 days from the start of the games. “When I compare it to Korea, it was pretty upset and unfinished, but you could tell they were alive with the Olympics. The welcome here was pretty scary since arriving. All the checks were crazy. , for example, they could put up a billboard. Overall, the atmosphere here doesn’t give the impression that they are looking forward to the Olympics, ”Dvořák added.

And his partner Šindelář had advice for anyone going to China. “If the route is the same as this, take the cuttings on the plane. Because without the food it’s really awful.”