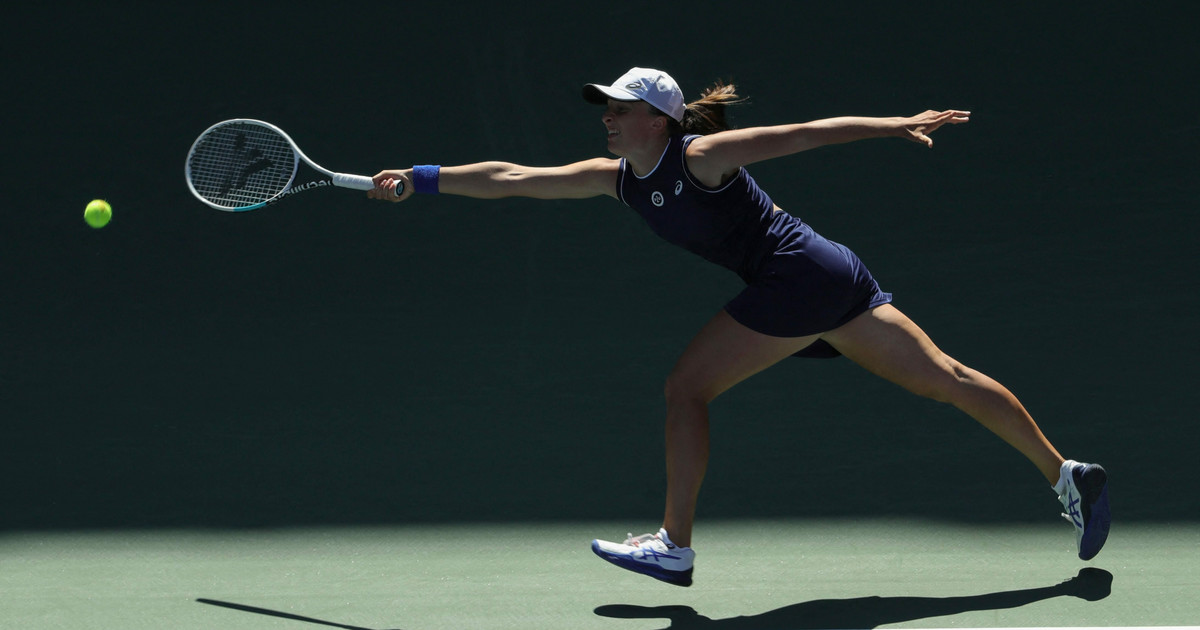 However, let’s start with the match with the Russian woman, because Iga Świątek gave a concert. It lasted less than an hour and left energy for the next meetings. Including the upcoming fourth round, with Jelena Ostapenko.

– First of all, my concentration level was very high. I felt confident and although I was a little stressed before the game, when I got out on the pitch and saw myself playing those first games, this confidence grew even more. Or rather, not self-confidence, but a sense of efficiency. I am very happy that I have overcome my previous fears. The tactics I discussed with the coach before the game also helped a lot. These are such matches, it was one of those matches where I am or was definitely very effective – emphasized Iga Świątek.

She also shared how she feels about the anniversary of the triumph at Roland Garros. When she won in California with Kudiermietowa, it had been exactly one year since her duel with Sofia Kenin in the final of the French Open 2020.

The team includes companions on her journey

– I’m glad I now have a day without being single and that they can enjoy the past year a bit. I’m in doubles on Monday, so for the next few hours I can reflect on what’s happened over the past 12 months. And even feel a little proud of how much work I’ve done. We had a tight time from Roland Garros to the Olympics and now I really feel like some of the pressure is over and I can relax a bit more, she estimated.

She also talked about her team. She said she was happy to work with the same people for longer. That she’s not a fan of changing coaches. As a result, everyone who is now together knows each other well and can support each other in this journey. She emphasized that the team is not a question of money, she does not feel that she is paying anyone for this work. – I don’t think much about it. They are more my companions. This is how I treat them – said Piotr Sierzputowski, Maciej Ryszczuk and psychologist Daria Abramowicz of the coaches.

Exactly – that day was most dominated by Daria. Or rather, about what her work has to do with. Iga Świątek announced that the prize for the third round will be awarded to a foundation or non-profit organization. Behind this decision was largely World Mental Health Day and a lot of time she talked about with her psychologist. Now, as our tennis player emphasized, for the first time she took a step in this direction to help someone. To help people. And because the topics related to her mental state are close to her heart, she decided to go this way. For promotion to the third round, she earned over 51,000. USD, or about 200 thousand. zloty. Who is indicated, Iga will soon know on social media. She announced that she would be consulting this decision with fans on her profiles. And that he wants to do it with them, also listening to their tips and suggestions in the comments.

– I want to dedicate my victory to everyone who is not feeling well and give them my contribution to help them a little. I want to donate my prize, which is 50,000. dollars, an organization that provides mental health assistance. After the tournament I will discuss your suggestions with my team so that you can participate in this decision. And so I will immediately let you know which initiative we will support – Swiatek wrote on Twitter. Already overnight the first proposals appeared from Poland and from faraway Australia. Everyone expressed their respect for Iga’s idea.

– For a while now I’ve been thinking about donating prize money from a tournament or some funds to support. I know what is happening in the world, I know that many people struggle with problems. Until now I thought I was a little too young to participate in this kind of initiative, for example to run a foundation, but also the career of the athlete is short. It certainly won’t hurt anyone, so I thought during today’s game, which isn’t very professional, that maybe the time has come… This is the day we celebrate World Mental Health Day, so I’m a little inspired too – said Świątek, recalling that Venus Williams impressed her with this approach.

Our tennis player also told how she deals with the “head” on a daily basis.

– Working with Daria is so much fun that she takes a broader view of sports. He knows that what happens on the track often has to do with private life or is not strictly related to sports. Ever since we started working together, I liked that he paid attention and wanted to discuss these things with me. Since I’ve gotten such a peace of mind in my life – maybe he got a little upset after Roland Garros, although I think I’ve handled these new things well – I’ve definitely played a lot better. I also felt that I was developing. That thanks to her it goes faster and I am more aware. Aware of everything. Now I think it was good to get through this. It’s a good thing I didn’t miss anything – she summed up.