Italy-Spain, not only World and European Championships: before the Nations there is a 7-1 Olympic, to the delight of fascism | First page 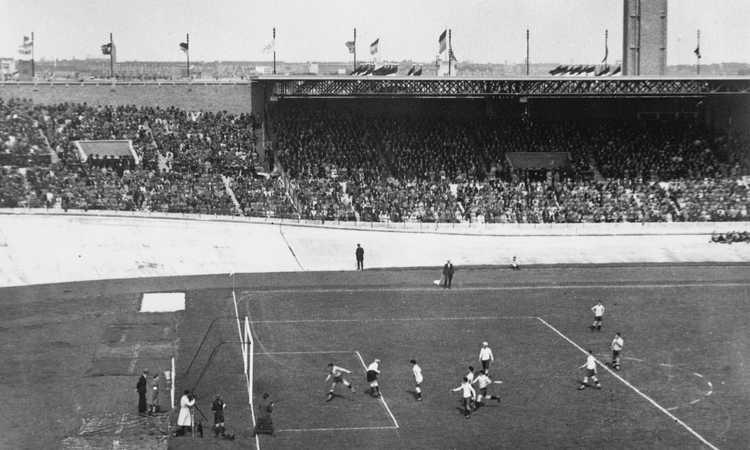 Italy-Spain is one of the “classics” continental football, a challenge that marked important moments in the century-old history of the Italian national team. A few hours after the semi-final of the League of Nations, we remember the double challenge of the 1928 Olympic Games.

FASCIST SPORTS POLICY – The mass society that appeared after the First World War posed in an even more urgent manner the problem of consensus and control over political power. Sport – which as we already know during World War I was an instrument of propaganda and consensus – is used by authoritarian regimes as a useful political tool to achieve a twofold objective: international prestige and therefore credibility, and consequently strengthen the internal consensus by instilling in Italians a marked feeling of national pride. To achieve this, the figure of the athlete was essential, reaping success on the international scene on the one hand increasing the feeling of belonging of the masses and on the other hand magnifying the international prestige of Mussolini and of the regime itself. The “fascism” of sport in Italy which began in the second half of the 1920s of the twentieth century aimed precisely at this.

ITALIAN SPORT AT THE 1928 OLYMPIC GAMES – It is therefore not surprising, as Antonio Papa and Guido Panico point out, that Mussolini pressured and almost “forced” the FIGC to form a national team in order to participate in the Amsterdam Olympic Games football tournament in 1928. In the introduction, it should be recalled how the CONI for the Olympic expedition of 1928 had succeeded in obtaining an increase in public funding foreseen in a period which was certainly not easy for the Italian economy. This already makes us understand the importance that the regime gave to sport as a platform for propaganda and education. On a more purely footballing level, Mussolini wanted the national football team to participate in the Olympic tournament, a tournament which would have seen in addition to the reigning Olympic champion Uruguay also Argentina. In short, Italy had to be there and with hindsight, given the final classification, it did not turn out to be a mistake. The entire first part of the season was designed according to the Olympic appointment, in April a tour between Spain and Portugal was organized, very stingy in satisfaction, even so important for the experiments carried out by the technical commissioner.

BLUE AT THE 1928 OLYMPIC GAMES – Preparing for the Olympics is what it is. The 22 summoned by Commissioner Rangone meet in Milan more for advertising than sporting reasons, in the department stores of the “Rinascente” spend there all day and are dressed from head to toe. It is interesting to report the list of gifts that each player had that day. We read directly the pages of Fulvio Bernardini’s book “10 years with the national team”:

“(…) An elegant gray-blue dress, in imitation gabardine fabric. A dress combined with white pants and a blue jacket of excellent wool. (…)

A pair of dark yellow shoes and a white pair, like tennis.

A set of white socks and a gray one.

A series of white shirts and one of blue.

Hats, then, have never failed!

Hat in fabric, alpine, and one of similar shape but in straw; straw and fabric bags.

If the dress was perfectly up to date, what was missing was physical preparation. No trainingi, only a propaganda exhibition in Brescia, then the departure for Amsterdam. Once there, the Italian organization discovers that the only group hosted in the center is Italian, all the others have opted for the calm of the countryside.

ITALY-SPAIN – In the first round, Italy not without difficulty eliminating France, perhaps with the help of a suspicious offside network, but so be it: the round is over and now we prepare to meet. spain. A Spain very different from the usual, decimated by professional “chance”. Zamora, Peña, Echevarria, Samitier and many others are left at home because they are professionals. The English and Danubians had given up on participating precisely because of similar problems of interpreting amateurism. The problem had also arisen in Italy, solved by excluding only the Conti and Libonatti from the list of conscripts. The only ones, obviously, considered professionals. However, the game against the Spaniards for the Azzurri was not at all easy. Italy weren’t having their best day, maybe the Spaniards did and after 10 minutes they had already taken the lead. Baloncieri equalized in the second half and nothing more until the 90th. The extension was useless, played by the two teams in a very closed way: it was necessary to replay. The rehearsal, played three days later, clearly rewarded the team with the largest squad. Italy in repetition overwhelmed the “red furies” with an eloquent 7-1, thus guaranteeing a place in the semi-finals. The full page Gazzetta dello Sport headlined: “The Italian side beat the proud Spanish side by beating them with their crushing 7-1 game. The Azzurri won the appeal test in a sensational fashion. Iron defense, tireless midfielders, fiery attack, fused and scorer. Italy is the sole representative of European football in the decisive Olympic battles “. Guerin Sportivo deepens the analysis not only of the match but of the more complex management of the national team and football in Italy, but does not fail to celebrate the clear victory. “(…) Now, in Amsterdam, we are the surviving Europeans. Among so many old people, among those who have not even started to be young yet, Italy is also proving to be the best and freshest force in this field ”.

After the Iberian drunkenness, Italy will lose honorably in the semi-final against Uruguay but will win the consolation final against Egypt, thus reaching the best position ever reached so far. Italy finished third, better than the Europeans, behind Uruguay and Argentina.