It’s the success of all Italian volleyball 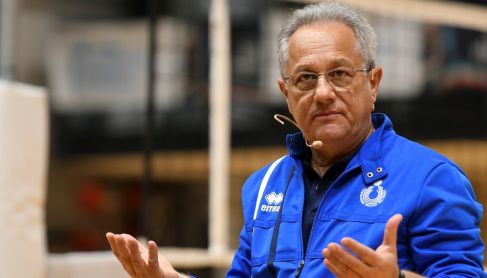 – This team has everything to be successful as long as they want to continue their education. Humility, work and willingness to learn will be important – said Julio Velasco of the Italian team.

Italian men’s volleyball is reborn after a few lean years. This year, the senior team won the European Championship and the U-21 team recently won the World Championship. – I don’t think it’s just a win for the team, but also for all Italian volleyball – He said Julio Velasco.

Next season’s champions will face more pressure. They will be more closely monitored and no one will give them a place in the team for merit. – In the clubs, a confrontation will arise between these guys and foreigners. Every day they will have to prove that they are better than the foreigners who came to Italy with a different idea to play. Are Italians ready to take on this challenge? I think so The Argentinian said.

However, players cannot rest on their laurels and believe that the next matches will win on their own. – This team has everything to be successful as long as they want to continue their education. I think he wants to do this. There must be work, more so than for others. Volleyball players can’t get cocky. Losing humility is the enemy of victory – Velasco pointed out that the Italian team may well be on top in the coming years. “There are all the conditions for that, but you have to be careful with the demons.” Humility, work and willingness to learn will be important – added.

According to him, the search for new and talented children will be crucial for the further development of Italian volleyball. – Women have an abundance problem, while men still have a selection problem. I have some ideas to change this. For example, look for less affluent children to play volleyball. Then there are even better prospects for us Julio Velasco decided.