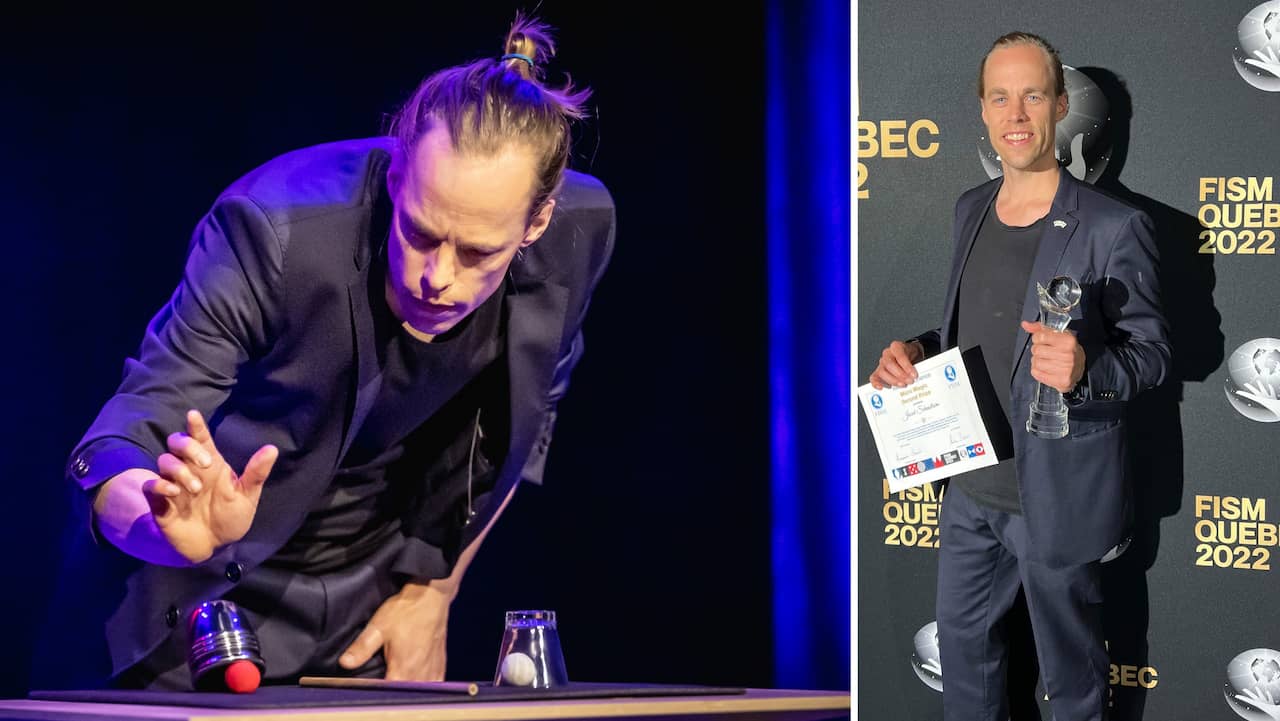 Shortly after four a.m. Swedish time on Sunday, it was clear that Jacob Schenström had won silver in the Close Up – Micro magic, or micro magic in Swedish, category at the ongoing FISM Quebec 2022 World Magic Championship, the world’s largest and most prestigious magic competition. A total of 130 magicians from more than 50 countries participate in different categories, and more than 2,500 magicians are on hand to follow the competitions.

– My number is the classic cup game, also known as bilboquets, in a new version, says Jacob. In the original there are usually three cups and the audience has to keep track of the balls, and at the end maybe a fruit appears under the cup. Instead, I went around with just a tumbler and a clear glass, which makes it much harder for me.

– Micro-magic involves short-range sorcery. And even if you do it in front of almost a thousand people at the World Cup, the judges are close.

Jacob is not a novice in the field of wizards. He is multiple Swedish and Nordic champion of micro magic. The last time he won the SM was this year, and he had already represented Sweden at the Worlds in 2015. This time he finished fifth, and even then it was a version of the cup game with which he competed.

– I’ve been making cups and balls since I started trolling 28 years ago, says Jacob. I had the idea for transparent glass about ten years ago, and here is the third version. I’ve spent thousands of hours on the act trying to make it look like a sleight of hand – but for real.

The last time a Swede won a World Cup of Magic medal was in 2015, when Håkan Berg won bronze in the comedy magic category. Sweden’s last silver medal was won by Johan Ståhl in 2012. Charlie Caper and Brynolf & Ljung are also among the few Swedes to have won medals at World Championships – the greatest reward a magician can receive.

– I’m super happy and proud that all the work I’ve done has paid off, said Jacob. Now it’s going to be a late night here in Quebec that I’m going to celebrate.

Another Swede, Martin Hansson, participated in the WC. He placed 4th in his category, parlor magic.