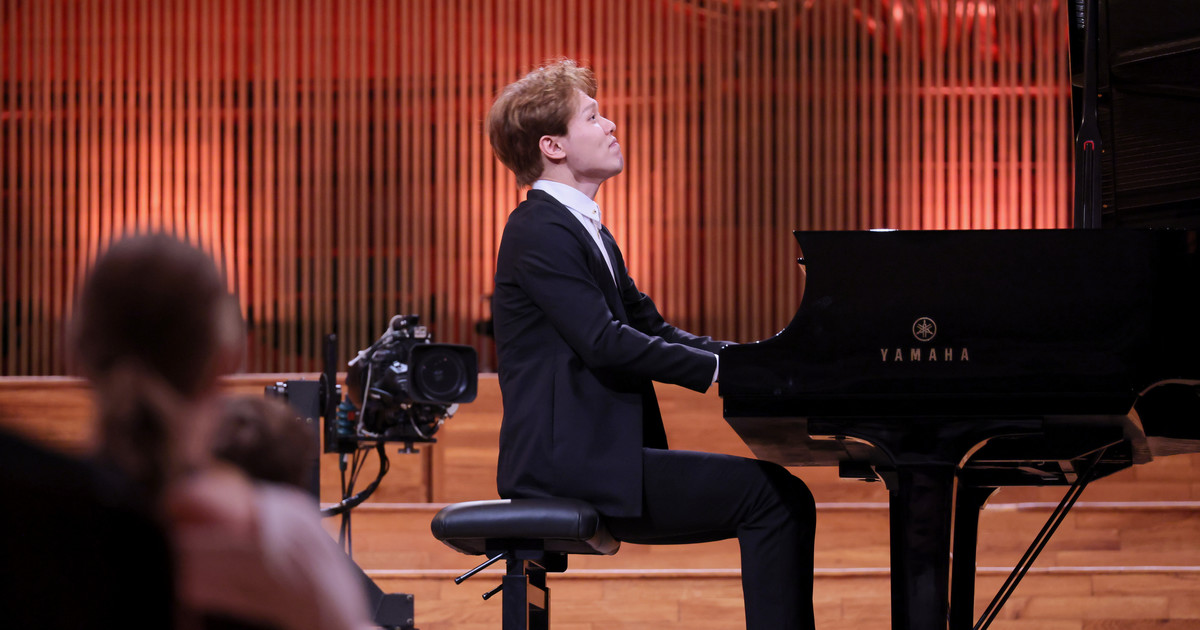 Fryderyk Chopin would drive a Lexus

The partnership started in 2009 with the “Chopin and His Europe” festival, an event in preparation for the 200th anniversary of the birth of the great artist in 2010. This marks the twelfth year that Lexus has supported the organizers of the competition. The brand will provide artists with a fleet of multiple limousines.

During the festival “Chopin and His Europe”, organized in 2009 by the Fryderyk Chopin Institute, it was a real pleasure to listen to a Chopin concert performed by a fantastic young Japanese pianist, Aimi Kobayashi, who captivated the seasoned Polish audience with her game. Her talent and true passion captivated the audience.

In 2010, in the qualifying rounds for the 16th Fryderyk Chopin International Piano Competition, of the 81 artists who qualified for the first stage, the Japanese formed the largest group of 16. Lexus also supported this competition by offering artists a fleet of vehicles.

During each subsequent edition of the festival, Lexus limos drive between the concert halls, providing musicians with the comfort, safety and concentration needed for concerts. The soundproofing of the interior in the cabin is so perfect that the bustle of the outside world is as good as gone. With high-quality audio equipment, you can fully enjoy the pure sounds of music. The powertrain of Lexus hybrid limousines is also clean, which is also of great importance for artists.

The fascination of the Japanese for Chopin’s works is well known. Chopin’s art is perfect, very deep and personal, that’s why everyone loves it regardless of nationality. However, it is clearly visible that apart from Poland, the Japanese loved Chopin the most. There is no unnecessary noise in his music. The Japanese love perfect, finished things, they are true to tradition and classics, and at the same time very modern. Simplicity and elegance, the pursuit of perfection – these values ​​accompany the Japanese in everything they do. This also applies to the design of Lexus cars.

There are many private music schools in Japan and the people of this country are familiar with music. Children learn it from an early age, even from the age of three. Music in childhood is a matter of course, just like learning to read, write or admire painting. According to the Japanese, it is necessary for the full cultural development of man. There is therefore a lot of appreciative audience in Japan and the level of music expertise is constantly increasing. Interestingly, Japan is the only country in the world where Chopin magazine is published, dedicated to his life and work.

Although Chopin’s music and European music in general differ from the music of the Land of the Rising Sun, their relationship dates back to the 16th century. In 1549, a Jesuit priest, Francis Xavier, who came to Japan, donated a organ to one of the feudal rulers of the time. Following in the footsteps of the Jesuit, Portuguese missionaries brought flutes, mandolins, and lutes to teach Western music in schools and seminars on Kyushu Island.

The next step was the military orchestras, which very much liked the command of the Imperial Armed Forces. In 1880, Emperor Meiji’s birthday was celebrated with the playing of the new Japanese national anthem – Kimigayo, created by the composer of the Imperial Court, Hiromori Hayashi. Although the hymn was written for traditional Japanese instruments, it was harmonized in a European way. Musicologist Prof. Kishibe Shigeo writes: “We can talk about the existence of a kind of mixing of Eastern and Western traditions. Traditional music has not only survived as a quirk. It is still part of the daily life of modern Japanese people. and lives in their innate sense of rhythm and melody.”

In Japan, every third family owns a piano and Chopin has been popular since pre-war times. His music reaches them through melancholy and lyricism, and at the same time through drama. That is why Chopin speaks directly to the heart. The music of the Polish composer can be found everywhere in Japan: at concerts and recitals, but also in hotel lobbies, cafes and bars.

The Japanese love to sing and can sing almost any Chopin song. And they allow you to listen in cars to music played with the highest quality equipment that reproduces the sound almost like in a concert hall.

Jan Lisiecki, called “the aristocrat of the piano”, “an exceptional talent” or “one of the most sensational young artists”, appreciates Lexus cars very much, also for the quality of the sound. The artist is a laureate of many prestigious awards and performs at home and abroad in the largest concert halls in the world.

Asked about the associations Lexus evokes in him, Jan Lisiecki answers: “For me Lexus is first of all a luxury, secondly a pleasure to drive and – most difficult – to combine with common sense. I associate this brand with the Festival and competition because when I fly to Poland I know it’s waiting for me at Lexus airport It feels very pleasant In many cars the quality of the audio equipment means you can only hear a rumble.In Lexus – also because most are hybrid cars – there is silence and the quality of the equipment and the number of speakers allows you to hear the individual instruments in the orchestra.You sit comfortably and feel like you are in a concert hall.There is no such experience in another car.”

The International Piano Competition Fryderyk Chopin is a showcase of Poland in the world. It is a worldwide music tournament with a great reputation, it has evoked positive associations with Poland for almost a hundred years and successfully promotes Polish culture. Currently, reports about the Chopin competition are being followed by nearly 1,000 journalists from around the world, and this year Warsaw will be visited by about 100 media representatives from more than a dozen countries.

As usual, the Chopin Competition is broadcast in its entirety by TVP Kultura, Program II of the Polish Radio and Radio Chopin. And thanks to the broadcasts on the YouTube channel, it can be followed live by music lovers all over the world.

A record number of candidates took part in the 18th Chopin Competition – more than 500 pianists from all over the world. Due to the restrictions caused by the pandemic, the Competition has been moved from 2020 to 2021. The eliminations took place in July this year. 87 pianists, including 16 Poles, qualified for the jury.

The competition is divided into four phases. The first started on Sunday 3 October at 10am. About half of the participants from the previous stage will qualify for each subsequent stage. Pianists are judged by a jury of outstanding pianists and teachers. The announcement of the results traditionally takes place on the steps of the foyer of the National Philharmonic on the night of 20 to 21 October. The award ceremony and the first concert of the laureates will be held at the Teatr Wielki – Polish National Opera on October 21 at 19.

The Chopin Competition has fans all over the world. In the countries of the Far East – in Japan, China and also in South Korea, great interest in the Warsaw competition has been visible for years. This event is organized according to the principles of fair play and is repeatedly referred to as an example of a competition based on transparent rules. Thanks to internet broadcasts, it effectively reaches a young audience – in July 2021 the qualifiers for the 18th edition were viewed 4 million times and in 2015, the competition performances of pianists in Warsaw were followed by music lovers from all corners of the world.