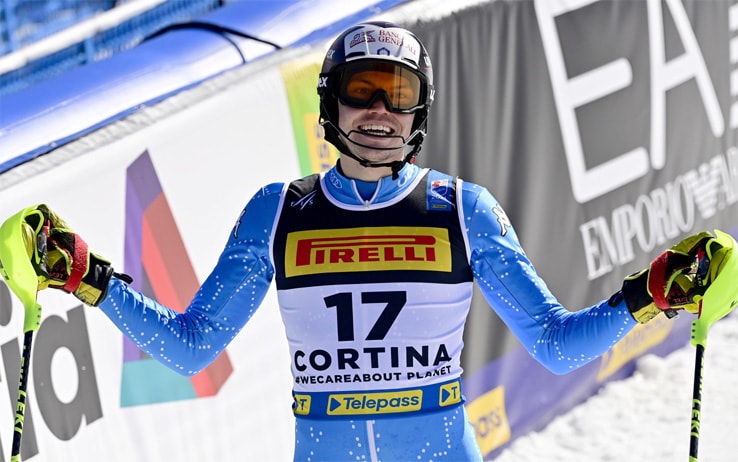 Alex Vinatzer touch the medal in men’s slalom, the last event of the world Cup of Cortina. The 21-year-old blue, second after the first set, finished in fourth place. Gold for the Norwegian Sebastian Foss-Solevaag (1’46”48), which reiterates the title won a few days ago in the team competition. The Austrian also on the podium Adrien pertl (+ 0 ” 21) and the other Norwegian Henrik kristoffersen (+ 0”46). Above the second the other athletes, with Vinatzer who crossed the line 1”20 from the winner. More detached Manfred Moelgg, who paid more than 3 ” of Solevaag.

Vinatzer: “This fourth place is an experience of the future”

“The fourth place is that losing at the World Cup – he said -. I knew it was tough, I’m not good with salt and I have to practice. I’m happy to go back. Now I want to focus on the season finale. Peach, it would have been a dream have a medal in the house. It was a good ransom after a month of January when I received a lot of criticism. Congratulations to the others who skied really well. At just 21 years old, it’s a great achievement, I had the bib 17. He will give me to live for the future. It was the most difficult race, I tried to do the best ”.

The order of arrival of the men’s slalom