On the podium after 600 kilometers in “Graciela”, the feat of Gaia and Beatrice 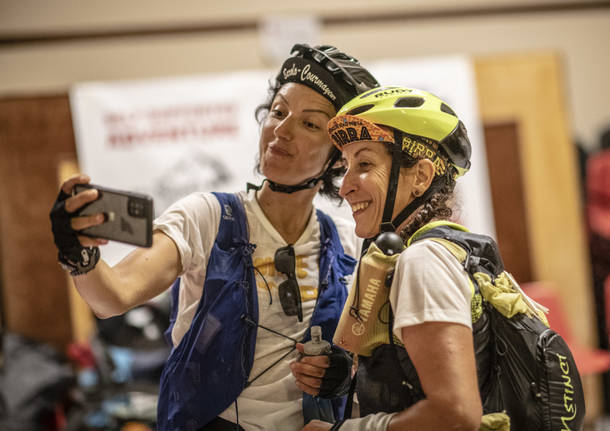 A very long fight, 593 kilometers with positive elevation gain of 11,800 meters all to travel by bicycle. And Barolo Courmayeur bike, a competition in half of Piedmont up to Val Venì. Among athletes “armed” with high-performance bikes “Gravel”, Beatrice Colombo Gatti and Gaia Angelo decided instead to finish the match with two “grazielle”: the very famous folding bikes. Despite the decidedly unsuitable means for the undertaking, Gaia and Beatrice managed to grab third place, finishing the race in four days, 17 hours and 36 minutes (6 hours under the maximum time).

“We were absolute beginners in the world of bicycle racing – say the two athletes -. But we had the benefit of good trail experience. We are used to being on our feet for long hours and mostly sleeping little. Sleeping about 12 hours over the four and a half days of the race, we made up for lost time with our slower pace and the need to push our feet on the more demanding climbs.. Of course, in the last stages, such as the Dolonne climb and the infinity of the last seven kilometers before the arrival in the middle of the night, we had very bad thoughts about who had planned the course, but the satisfaction of the finish makes us forget the always”.

The collaboration between the two cyclists is also unprecedented, who although belonging to the same sports club (100% Anima Trail), had never faced long-distance duet competition. but the harmony between the forty-six-year-old Beatrice Colombo Gatti from Gallarate and the thirty-seven-year-old Gaia Angelo from Varese was immediate: “We never quarreled – say two voices – indeed, our different approach to the race created a perfect balance between the soul “Disciplined ” of Bea and to the more “delightful” one of Gaia. And we found a way to have a lot of fun.”

After such a performance, Beatrice and Gaia will be “Guest star” of the first edition of Red Bull Mottarone. The race scheduled for September 3 includes an epic uphill challenge, from Omegna to the top of Mottarone, intended for folding bikes of all ages and types: from the old “grazielle” (but also “cinzie”, “angele ” , ” Susanne”…) came together from the cellar, to the latest generation “folding bikes”, also with pedal assistance. 21 kilometers of route, gradients reaching 21%, but above all a day capable of combining challenge, irony and fun On the programme: great refreshments, deejay sets and a range of challenges and side events including a ‘parallel slalom’ with bikes, a prize for the biggest wheel and a grand finale with a jump into the lake.

“Always riding our folding – Colombo Gatti and Angelo say – we expect a completely different experience this time: a day of fun and joy, together with a bunch of crazies even crazier than us! ».

Registration for Red Bull Mottarone on September 3rd is open and can be done online Link.