Opponents, look forward to it. Ledecká drives faster than ever, says coach 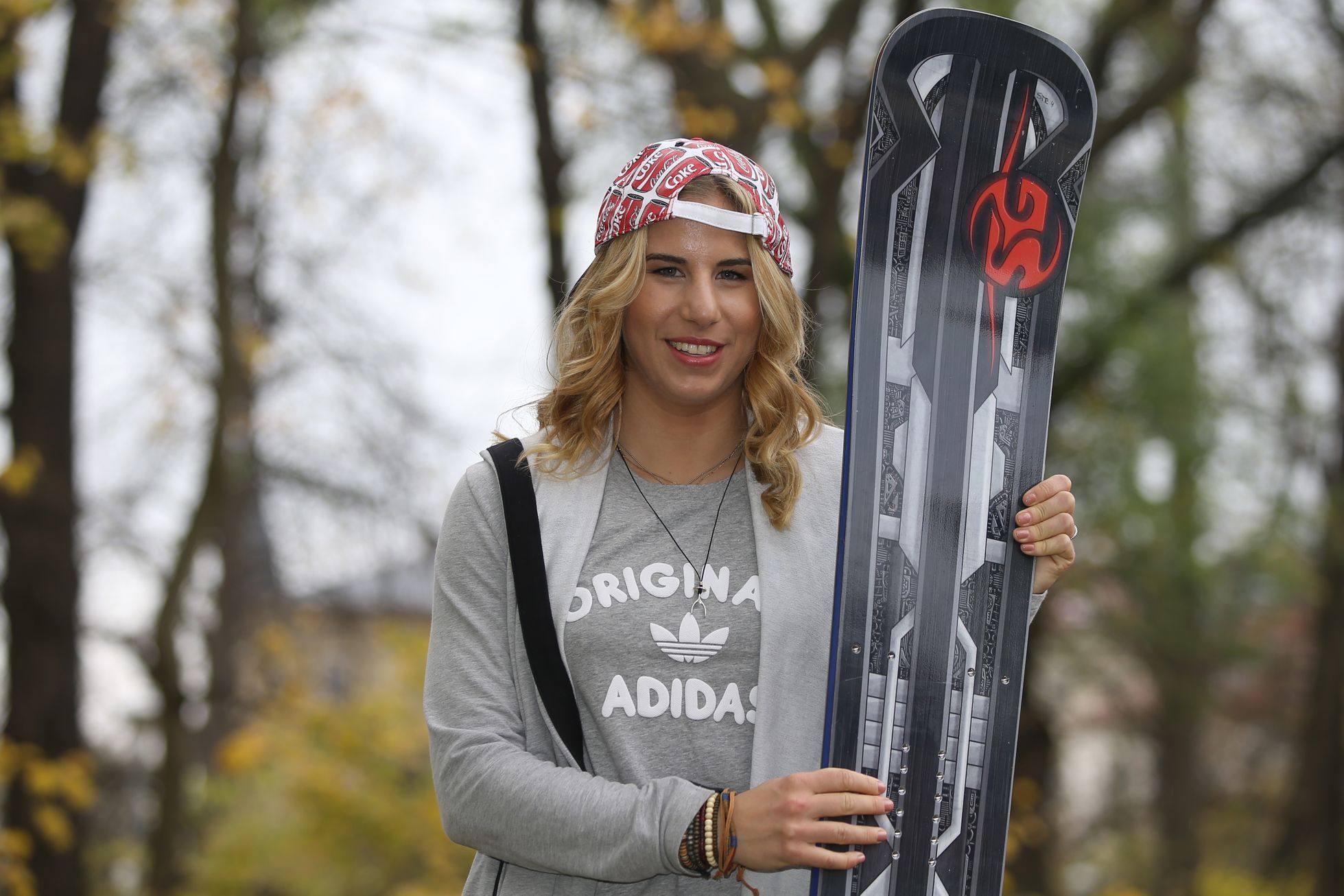 In less than four months, Ester Ledecká will be the first woman to attempt to defend Olympic gold in snowboarding in a parallel giant slalom. Although the Czech star has only run three races on the board in the last two winters because she has skied more often, according to her American trainer Justin Reiter, she is training faster than usual and has a chance. to follow Pyongyang to Beijing. Games.

“Four years ago we saw a miracle. Lightning can strike twice, so we’ll see,” Reiter said.

At the Games in Pyongyang, Korea, Ledecká shocked the world with a triumph in the super-giant slalom skier. A few days later, she took on the role of favorite and won the parallel giant slalom in snowboarding.

Ledecká, 26, has since improved considerably in skiing and has ranked among the best in the sprint disciplines. That’s why she didn’t start snowboarding several times, just once last winter.

“That’s not a problem. Ester is first and foremost a great rider and it doesn’t matter whether she’s skiing or snowboarding. She’s a great rider, a runner and I always know she will give the best of her. herself, ”Reiter said.

Ledecká’s ability to master both disciplines perfectly is unique. And Reiter claims Ledecká trained like the wind. “I don’t know if she’s faster than her opponents, but I know she’s driving faster than ever,” said the coach, who said further improvement in her condition had helped her.

“With her psyche, it helped her apply a new technique, which is very, very positive. Her body is strong, her mind is strong and her equipment is very solid. I’m really looking forward to the season,” said said Reiter. .

“There are nine Olympic medals out of four people on a track, which is impressive. It’s a super strong group. It was a great collaboration and fun with them. Ester tried very hard to beat the boys,” he said. said Reiter.

It is not yet known when Ledecká will participate in the first snowboard race. The world cups of the two disciplines overlap. “We are preparing for each race. It is so much easier and then not going there than to prepare at the last minute,” he explained.

Switching from skis to snowboards and back again is very difficult, even for Ledecká’s trained body. She has had back problems on several occasions. That is why she tried to strengthen herself in the training and worked with trainers to improve adaptation.

“There is always time and we want to use it as much as possible. This year we are trying to go from skis to snowboards in one day and the other two are in the process of tweaking. In the past, we thought that three days was good. was too little, now we think that’s enough, ”Reiter remarked.

Ledecká also believes that she is better prepared than before to switch between skis and snowboards. “The body feels good. I did my best and with a clear conscience I can say it will be good,” she said.

Another advantage: the new ski model

Building on Pyongyang’s Olympic success will not be an easy task. According to Reiter, who like the whole team doesn’t say the word Olympics aloud, he and Ledecká are also trying to cut the race down to less than five laps like the others. “And we go to every race we want to win,” he confirmed.

While at the last Olympic Games, Ledecká had first downhill races and then snowboarding on the program, in Beijing the program is the opposite. Ledecká likes change and so does his coach. “I can’t wait to ride the board first and then kick their ass on the ski,” Reiter smirked.

Ledecká should also be quick on skis in the new season. Thanks to her success, she is part of the elite group of atomic skiers and shortly before the season she attends a traditional meeting at the Altenmarkt factory.

“I was in an amazing company of stars – Kilde, Šifrinka (Shiffrin), Zubčič. I’m honored to be there too, to walk through the factory and hear them do it. And a new ski is really a ride, “said Ledecká, who took a photo with Italian Sofia Goggia of the” meeting “of stars on social networks.

Ledecká spoke about the Redster Revoshock ski model, which some riders have already used in spinning disciplines. The Czech Republic tested him in super-G and downhill, and he will compete during the Olympic season.

“The biggest difference is in the grip of the ski. You can feel that it takes a very nice curve. I’m happy that the ski bites when I need it and tears off again when I need it” , she described.

His soldier Miloš Machytka spoke in the same way. According to him, the ski is more aggressive and easier to fold. “But it’s quieter at the same time. And Esther needs the incredible grip of the ski to really hold it, whether it’s on ice or snow. And that’s what technology allows,” a- he declared.

Ledecká is equally satisfied with the choice of snowboard model. “They have finally found the way. We tested a lot of boards, even shoes. But I’ll find out about the brand a little later, I can’t say yet. me in the arc, which I need, ”she said.

Due to the fact that no races are held in China for the second year due to the coronavirus, the snow structure is relatively unknown to alpine skiers. In the past, however, Machytka had the opportunity to prepare for Czech skiing conditions with Czech alpine skiers, so he has experience.

“For me, the winter and the great drought were probably specific, so the conditions, which are not very good in Europe. They look a bit like Canada. And they roll 90 percent on technical snow,” he said. explained Machytka.

Ledecká also tried the Chinese conditions. “We were there as snowboarders, on another hill, but I have an idea of ​​what kind of snow there could be,” she thought.

Ski coach Tomáš Bank described the race tracks for skiers as one of the best. “I saw them in the photos and I’m trying to prepare. We didn’t know anything about Korea either and it went pretty well,” said Ledecká.

And it has another advantage. His snowboard trainer Reiter and his Italian downhill trainer Franz Gamper, who led the Chinese national team for two years, know the conditions in China. “It will certainly be important, because the knowledge of the environment will be good,” Bank said.