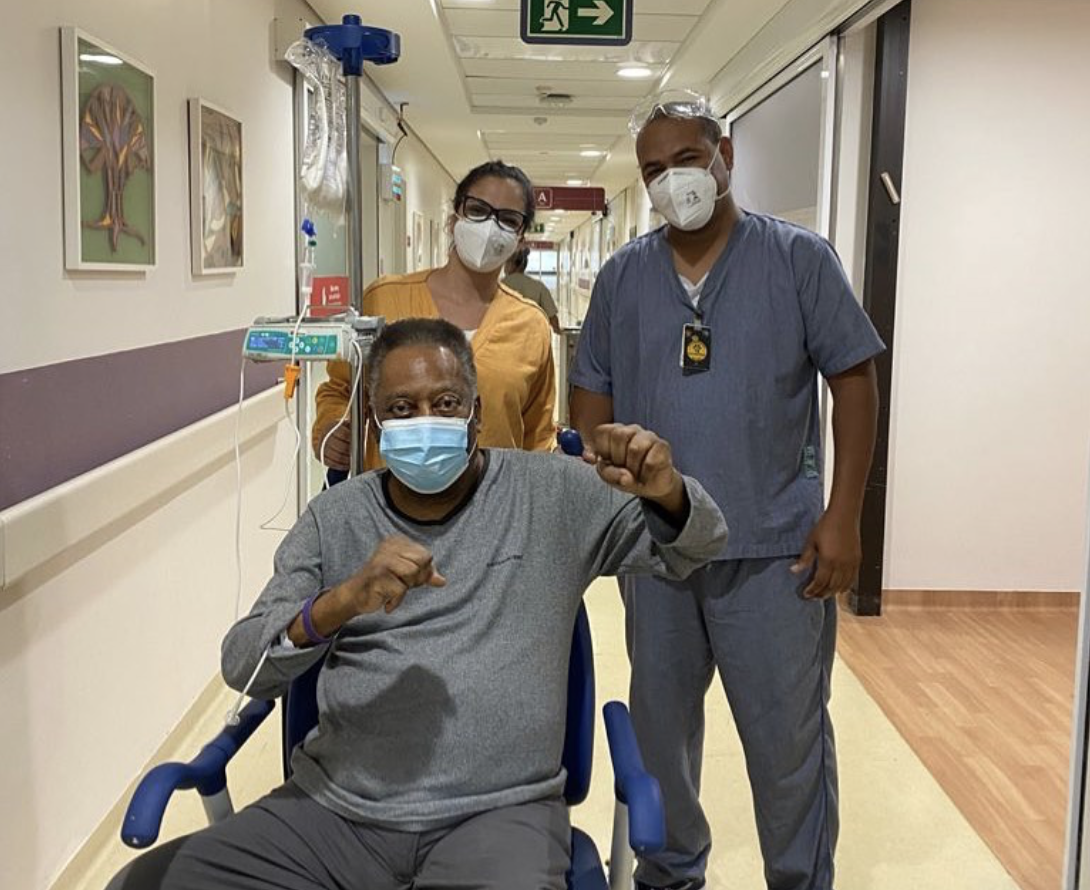 In early September, Pele had to undergo surgery to remove the tumor in his colon. The Brazilian underwent the surgery successfully, but it was later revealed that the 81-year-old sports legend’s condition has deteriorated. The three-time world champion posted a post on his Instagram, pouring encouragement and hope into the hearts of his fans.

“A good mood is the best medicine”

“As you can see, every day I raise my hand in a celebratory gesture that’s better than the last,” Pele began his post. “A good mood is the best medicine and I have a lot of it,” added the legendary footballer. “I have received so much love that my heart is filled with gratitude. Thank you to all the staff at Albert Einstein Hospital,” the three-time world champion concluded his message.

Pele’s post commented on many famous figures from the sports world and beyond. One of them is Cristiano Ronaldo “Hug and wish you luck,” the Portuguese player of Manchester United wrote. The Santos club, of which Pele is a legend, also impressed in the comments. “Your happiness is our happiness” – wrote from the official account of the club.

Also read:
James Rodriguez will end the adventure with a “serious” ball? Talks are underway with Qatar