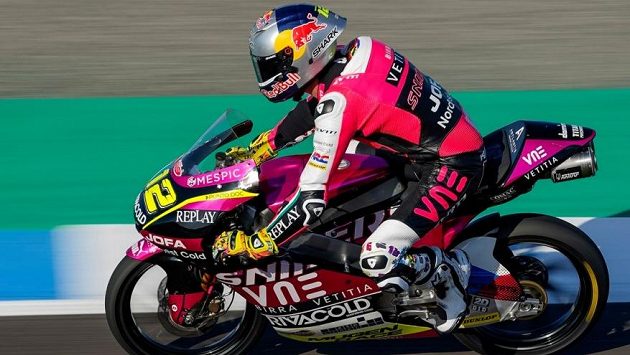 Filip Salač in the archive photo.

19-year-old Salač is doing well this weekend. He finished third, fourth and fifth in three wet practice sessions and qualified for the second part of qualifying for the fastest 18. In this, the Czech KTM rider was not enough for the Italian Niccol Antonelli, who won the first qualification on the dry track and transferred the pace to the second part.

“Tomorrow I will start from the front row, it is very important here, because the first lap in Misano is very difficult and can be lost a lot. I will have a little easier this way. I can’t wait to move. . in the top five all weekend, “Salač said in a press release.

He experienced the only minor complication in the third practice, in which he suffered a minor fall. The motorcycle did not suffer any damage. “He slid forward. But nothing happened, I picked up the bike and continued on. I’m in a good mood now, I’m doing fine mentally and physically. I think training for the endurance in Most has given me a lot. I’m looking forward to tomorrow, it will probably be dry, so everything will be different, “added Salač.

He lost six tenths of a second against Antonelli, the third was another Italian Riccardo Rossi. From fifth place, the Spanish championship leader, Pedro Acosta, will take the start, which can clinch the title on Sunday.