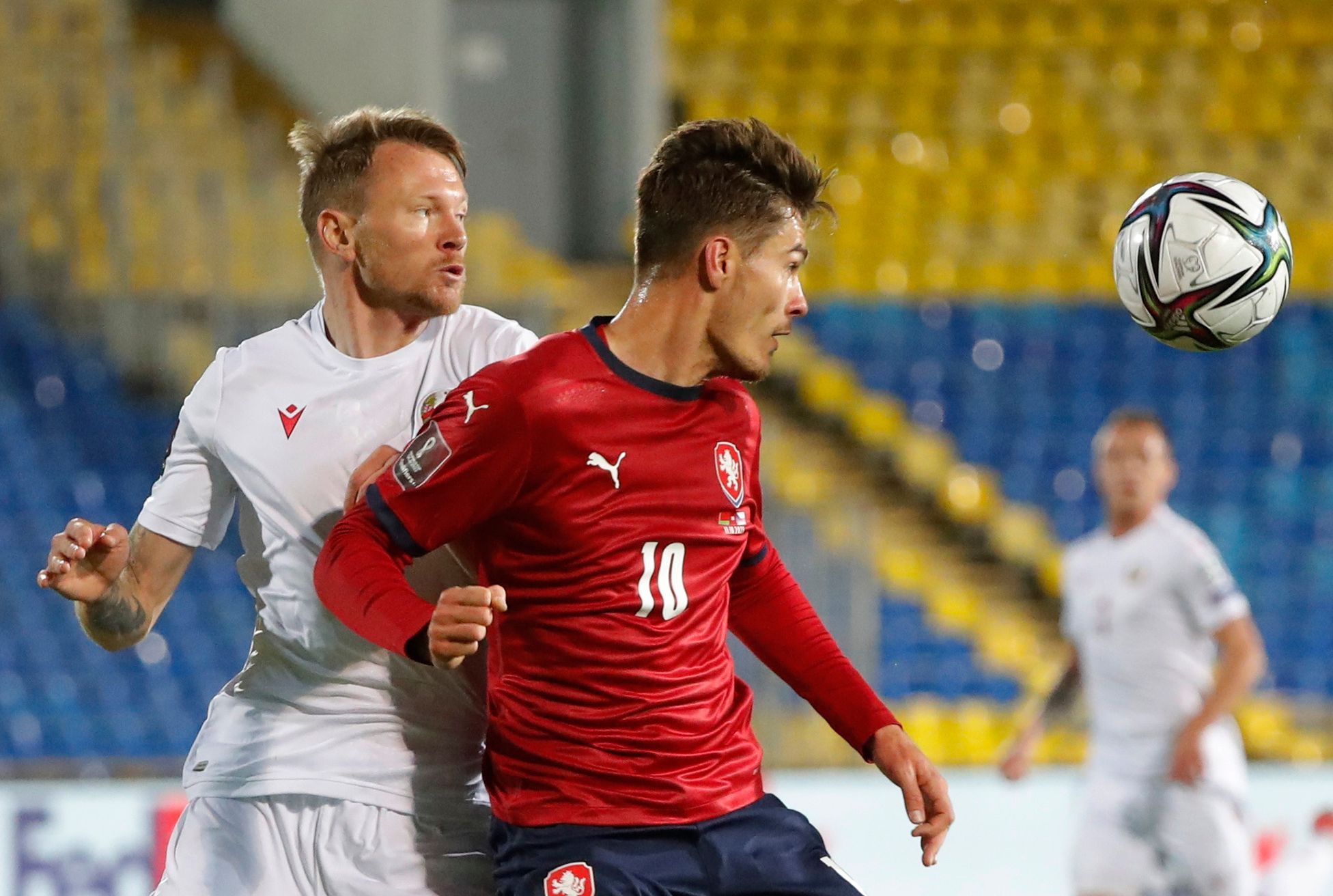 Patrik Schick with his goal and his assist took part in the Czech footballers’ 2-0 victory over Belarus in the World Cup qualifier. The 25-year-old striker with the 17th national team goal has reached Antonín Panenka and Tomáš Skuhravý in historic order, which he respects.

He was also praised by coach Jaroslav Šilhavý, who said Schick should continue to help the national team in the same way.

“It’s nice to be in such a business. I’d say I got there pretty quickly. Of course, I want to keep doing it. I’m pretty stunned by the rep. I think I’ll add a lot more goals, “Schick said at a press conference.

Only one shot is missing in the top fifteen best shooters in Czech and Czechoslovak history. “I hope the next meeting will work out,” added the Prague native.

Šilhavý congratulated him after the match. “Patrik showed in Friday’s home duel with Wales (2: 2) that he was dangerous. They passed him, trebled. I saw that they respect him and Patrik that he has form. Today he helped us win and three points. “I think Patrik is going to keep shooting,” said the 59-year-old coach.

He wonders if Schick from Leverkusen will arrive at an even better club. “He’s a young boy. He was the top scorer in the euro with (Cristian) Ronald. He continues to rise. His name is inflected by more clubs in more countries. It will depend on him and how whose injuries he will avoid if he stays at Leverkusen, or he will be transferred to another team. He is a great striker and he has a lot of talent, “said ilhavý.

Schick opened the scoring on neutral ground in Kazan in the 22nd minute, when he leaned from the air into the lime tree towards Michal Sadílek’s cross. “The volley ball was the first thought, and I followed that. I wanted to play it from number one to the back post. Goals.

In the 65th minute, he passed Adam Hložek on his first national team hit. “I like to guide him like that towards the center on the left. Overall, the Belarusians were quite often between them. There was no room to shoot at medium distance, or somewhere behind the lime shot.” , said Schick.

He wasn’t worried about his team’s victory. “Basically I felt like we were in control of the whole game and we weren’t letting them go. It’s just a shame we didn’t add more goals,” said a former Sparta player, Bohemians 1905, Sampdorie Genoa, AS Roma and Leipzig.

By winning, the Czechs had a real hope of second place in the squad they are fighting for Wales. They last appeared at the World Championships in 2006. “I wish we were the generation to make it happen. It would be a great tournament and experience. It’s important to me. Hopefully the Country of Wales will lose somewhere and we will get closer to second place in a month, “said Schick. Šilhavý’s selection will end with a qualification on 16 November at home with Estonia.