Shocking action from the deans of the law! A secret email has been leaked 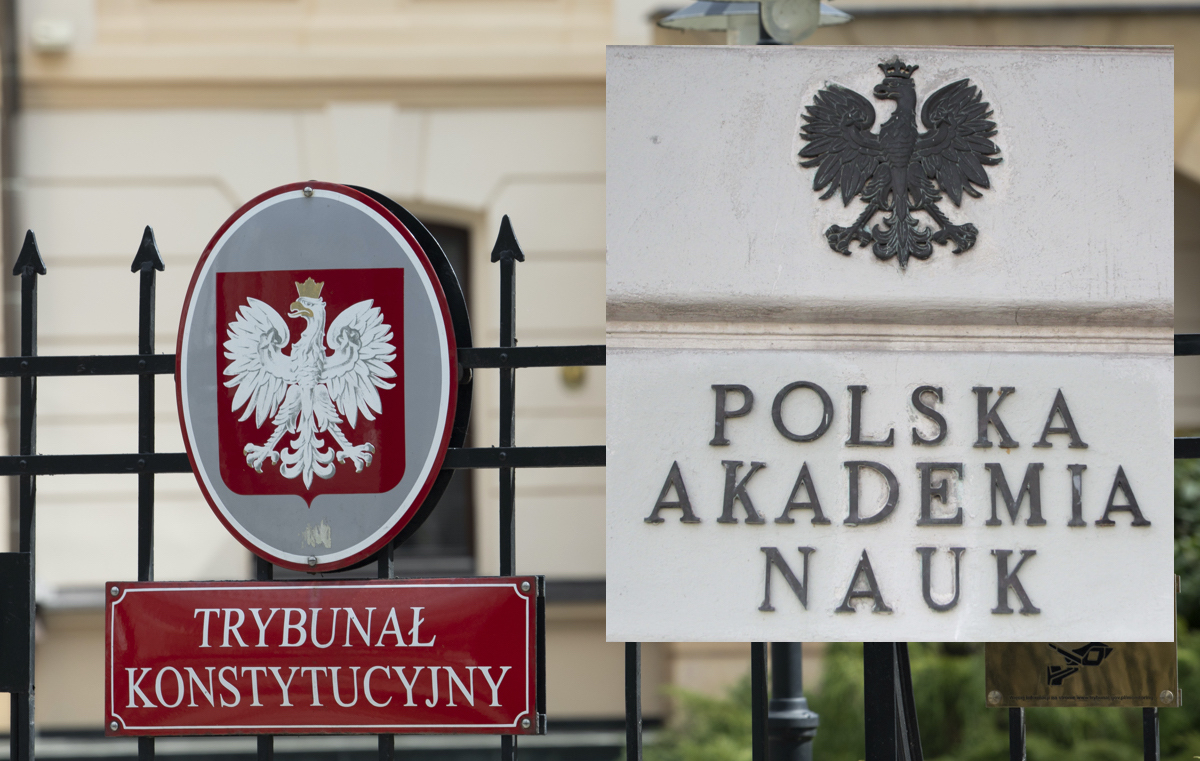 The portal wPolityce.pl has received a shocking email from prof.dr.ir. Jerzy Pisuliński of the Faculty of Law and Administration of Jagiellonian University. In his message, Pisuliński urges other heads of department to support the shocking resolution of the Legal Sciences Committee of the Polish Academy of Sciences undermining the status of judges of the Constitutional Tribunal. Is this what Polish science should look like?

ALSO READ: Strong support for Poland! Legal authority is beyond doubt: the French Supreme Courts have a position comparable to that of the Constitutional Court

Mail, whose Prof. Pisuliński sent one of the stunned academic lecturers to the deans of law faculties. A professor from one of Poland’s law faculties is shocked that the political resolution of the Polish Academy of Sciences is being instilled in law and public administration students. The resolution of the Legal Sciences Committee of the Polish Academy of Sciences is in fact a declaration of war on the Constitutional Court.

The Constitutional Court went beyond its powers and declared the provisions of the Treaty on European Union (TEU) unconstitutional. He did not rule out that in the future he would assess the conformity of the CJEU judgments with the Constitution of the Republic of Poland, “including their removal from the Polish legal system”. It is outside the legal scope of its audit. According to the principle of the division of competences between the EU and the Member States, the interpretation of the TEU falls under the exclusive competence of the CJEU

– we read in the resolution of the Polish Academy of Sciences.

The Constitutional Court ruling threatens the foundations of the entire EU, disrupts the authority of the CJEU, as well as the powers of Polish courts to directly apply EU law. This places Poland outside the European legal area. It also dangerously restricts the right of individuals to an effective remedy, to a legally constituted, independent of any other authority and impartial judge – which is the foundation upon which the rule of law rests.

– writing professors of the Polish Academy of Sciences.

The shocking resolution of the Polish Academy apparently appealed to the politicized world of legal scholars. Prof. Pisuliński of the Jagiellonian University commends her to other deans of law faculties and proposes that they jointly support the provocation of the Polish Academy of Sciences. Our website found a message that Pisuliński sent to his colleagues at other universities.

The Legal Sciences Committee of the Polish Academy of Sciences has adopted a resolution related to the Constitutional Court decision of October 7, 2021, which I am attaching. Together with Prof. Andrzej Herbet, we have prepared a proposal for the position of the deans of the law faculties, in support of the resolution of KNP PAN (attached). I would like to ask you to support the KNP PAN resolution and sign your position on it. I propose to publish the position of the deans on the websites of the faculties whose deans support the decision of KNP PAN. It would also go to the media (Rzeczpospolita, Gazeta Prawna) and to the chairman of KNP PAN, Prof. R. Grzeszczak. Send a response to my address before the end of this week (Friday October 15 evening). If any of you would like to take up the position of the Faculty Council sooner, I would also like to ask for information. I stay with you with best regards

– we read in the e-mail that Pisuliński sent to other professors.

What is the function of Prof. Pisulin? It seems that it even goes beyond the harmful and dangerous resolution of the Polish Academy of Sciences.

The ruling of the Constitutional Court is contrary to the Constitution of the Republic of Poland, with the participation of persons not competent to rule, and in fact goes beyond the scope of the jurisdiction of the Constitutional Court, which does not include court decisions , including judgments of the Court of Justice of the EU. This decision restricts the application of European law in Poland, deprives Polish citizens of some of the rights deriving from Polish membership of the European Union, and undermines the fundamental principles of the functioning of the European Union and the Polish presence therein, adopted by the Sovereign in the accession referendum. It also undermines the independence of the judiciary and perpetuates changes in the Polish judiciary that are contrary to the principle of separation and balance of power and the rule of law

– we read in the proposed content of the decision.

It’s hard to say which is more shocking in this case. Is it that the professors of the Polish Academy of Sciences deny the legal and doctrinal composition of the Constitutional Tribunal, or the fact that these irresponsible statements are certified in front of law school students? Members of KNP PAN write in their resolution about “care for the public interest”. This sounds exceedingly grotesque in the context of a quirky legal coup attempt that undermines the status of the most important tribunal in Polish law. The action by the deans of law schools is a desperate attempt to overthrow the legal system in Poland. Let’s hope it doesn’t work.