Sicilia in Bolle, a story of success, toasts and smiles 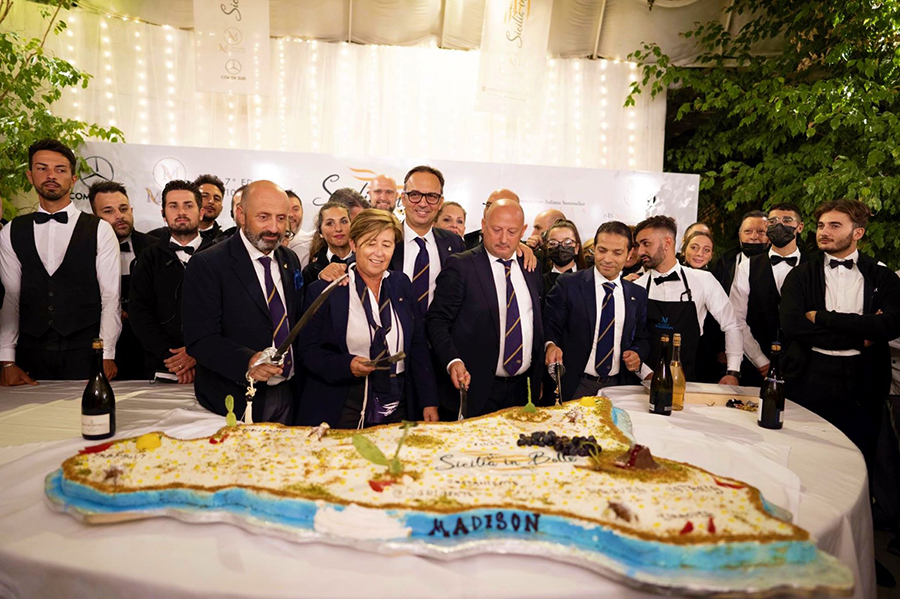 600 participants in the last night of the tasting kiosks, 3 days full of appointments and information about the world of sparkling wine: it ended on October 11 at Madison Restaurant in Realmonte (AG) its seventh edition Sicily in BolleThe

Again: 5 very popular masterclasses to learn more about the bubbles of Sicily, Trentino and Piedmont, more than 40 wineries participating in the event, an inaugural conference that allowed us to discuss the effects of climate change on different wines, 4 Sicilian companies that won the Alberto Gino Grillo Award for sparkling wines Metodo Classico and Charmat, six finalists in the Best Sommelier of Sicily competition and only one winner, Laura Piscopo from Agrigento, who was already close to winning the first edition, placing herself in second place.

These are just some of the numbers associated with the seventh edition Sicily in Bolle,
a version which, as it was announced on the eve, was christened as that of the Renaissance and the gradual return to a rediscovered normality that had been missing for a long time.

Great emotions on Sunday, when, at the end of an intense and very participatory challenge, the player from Agrigento Laura Bishop was awarded his title Best sommelier of Sicily. the journalist from Wine TV Sabrina Bizzarri, to judge participants a special sommelier selection consisting of Cristiano Cini, Roberto Anesi, Camillo Privitera, Alessandro Carrubba and Piero Giurdanella, the last winner of the first edition of the Sicilian Best Sommelier Competition held during Sicily at Bolle 2020.

Many surprises were also reserved for the last day of the event: in the morning there were preview in the press and to an audience of specialized sommelier the new labels the company’s Baglio del Cristo di Campobello that he made two classic sparkling wines, one white and one rosé which enrich the already huge variety of wines from the Agrigento winery. to follow the same audience moved to Ginger People & Food Restaurant in Agrigento where the Chef Mareme Cisse has created a menu specially designed for guests who has seen a combination of flavors between those that are Sicilian and African traditions, with which the chef is associated with geographical origin. combined with a selection of wines curated by the Ais Agrigento delegation.

Special mention also for masterclass took place the three days that were exhausted and as every year was a reason for in-depth analysis and comparison, offering participants the possibility of techniques, specific and very interesting tastings for a variety of soils and therefore a variety of bubbles that have different thematic meetings: from the mountain bubbles TrentoDoc to the special selection of sparkling wines of the Alta Langa consortium that will arrive in Sicily with two of the leading companies in the sparkling wine sector, such as Tasca d’Almerita and Azienda G.Milazzo to finish with the best selection of Sicily from each corner of the island.

The Grand finale could only be with the long-awaited return of tasting tables which offered guests the opportunity to taste sparkling classics and Martinotti wines from more than a hundred labels and enjoy the magnificent panorama offered by the Madison Terrace: drink a glass of wine and look out to see the sunset at La Scala dei Turchi; there Cocktail Night clean yes Amaro Amara complete the event with brioche, liveliness and lightness in an atmosphere of celebration and healthy fun.

Sicily in Bolle Therefore, it closes positively the balance sheet of this 2021 edition and makes an appointment for the 2022 edition, which will probably return in the summer.