Slovakian runner-up in UFC: Buday made it through draft, destroyed opponents and got contract 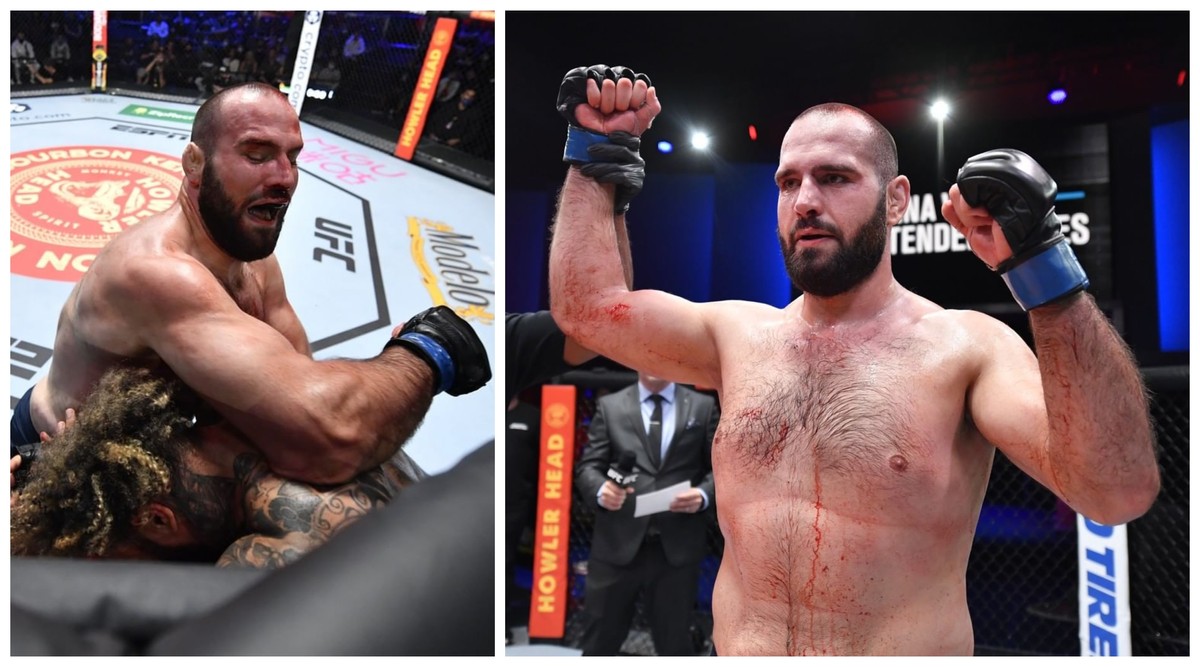 Slovak MMA could celebrate another UFC rep. After Lajoš Klein, Martin Buday joined the most prestigious organization in the world. The heavyweight from Trnava won the contract with a hard knockout in the first round.

Dana White’s Contender Series is a regular mini-tournament where talents from all over the world can impress the UFC boss with their performances and eventually win a dream contract.

Buday (9-1) had his chance after a seven-game winning streak on Czech-Slovak soil and grabbed it with the ten. Shortly before the duel, his opponent changed, but even Lorenz Hood was no obstacle for him. He ended his opponent, as promised before the game.

At the beginning, the adversary dealt with an unprecedented drama. Buday hit him hard with a hard forehead, after which Hood pretended to grate his eye and the judge gave him time to breathe out. After that, Buday faced a dangerous hard-hitting attack for a while, but he brought the situation under control, tying his opponent to the mesh, where he tormented him with uncomfortable knees in the thigh. Then the rival hit the knee directly on the chin, the opponent went to the ground and the referee stopped the match.

WITH ONLY A FEW SECONDS !!!

🇸🇰 Martin Buday arrives with a vicious knee to finish in RD 1!

“Yes, we have a home contract, the second Slovak in the UFC. Brutals,” proud trainer Attila Végh boasted of his distinctive style. A year ago, he drove Lajoš Klein to his UFC from his Spartacus Fight Gym, which will play his third game on Saturday in an octagonal cage.

And Budaye’s performance was praised by Dana White himself. He is happy that the referee did not end the game immediately and thus gave the 29-year-old Slovakian more room to show himself. “You are tall, strong, tough. You are 9: 1 now and you are 29 years old. You are in the best shape now. ” White told the Slovak breeder.

“At first he put a nice forehead in his eye and the opponent acted like he had a pinch in the eye. Then Hood hit him hard, but Martin didn’t give up, keeping his cool. and literally destroying the opponent. Piece by piece, “ assessed the development of the match and repeated several times: “I need heavy weights.”

Martin Buday is a great friend of Vojto Barborík, who works in both Oktagon and KSW. Take a look at his devastating beginnings in a Polish organization:

And how are the Czech representatives doing at the UFC? David Dvorak (20-3) moves into the top ten flyweight and plans a fourth game by the end of the year, also recently negotiating a new and better contract. Machmoud Muradov (25-7) after three wins, he recently suffered his first defeat by eliminating veteran Meerschaert. The most watched, however, is the Czech samurai Jiří Prochazka (28-3-1)knocking on the doors of title luck. With the knockout of Oezdemir and Reyes, he reached second on the light heavyweight ladder and is currently preparing as a substitute for October 30, when Blachowicz takes on Teixeira.