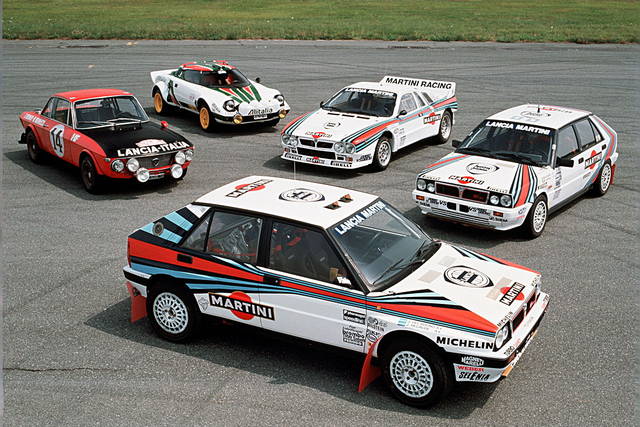 ELEGANCE IN MOTION – The Lancia on November 27, he will be 115 years old. To celebrate this important anniversary, Luca Napolitano (in photo below), brand manager, wanted to create a docufilm divided into three parts called “Elegance in motion“. The last episode (in the video below) is titled “Dust and Stars”, in which the CEO of Lancia discusses the link between the brand, the rally world And the one of movie theater, arts and communication. The guests of the episode are Sergio Limone, responsible for the design and experimentation of the Lancia HF Racing team, and Marco Testa, president of the advertising agency Armando Testa.

RALLY DOMINATION – The documentary tells about the successes of Lancia, which allowed it to enter the Olympus of motorsport thanks to 15 world rally championships, three manufacturers’ endurance world championships, one 1000 miles, two Targa Florio and a Carrera Panamericana. Obviously, the episode centers on the ’70s and’ 80s, when models like the Stratos, 037, and Delta dominated rallies for over 20 years. It was the year 1987 when the Lancia Delta HF 4WD, and the Delta Integrals that followed, dominated the scene, securing ten world titles (six in the constructors ‘and four in the drivers’ standings, 46 overall wins. out of 66 participations in world races), thus becoming the car that has won the most in the history of this discipline.

SPORT AND CINEMA – “This third and last episode of the docufilm on the 115-year history of the brand starts from the world of rallying, where it all started, and looks back on the great successes which made Lancia the most victorious brand in competition . Rally, with the Lancia Delta which was the most awarded car ever in this field. But there is also another piece of our history which tells of the great love for Lancia of millions of fans and enthusiasts around the world. And it is cinema, art and communication in general, ”said Luca Napolitano.

THE WORLD OF CINEMA – On the other hand, the partnership between Lancia and the cinema world. These are the years of the “Dolce Vita”, Rome becoming the capital of cinema. Many movie stars such as Claudia Cardinale, Anita Ekberg and Jean Paul Belmondo choose Lancia cars such as the Aurelia and the Appia. Marcello Mastroianni, a big car enthusiast, prefers the Flaminia Coupè Super Sport Zagato instead.

A 115-YEAR JOURNEY – With the third episode a trip Which one is left 1906 and it has happened to the present day.

> READ ALSO – Lancia: its first 115 years in a documentary

> READ ALSO – Aurelia, Appia, Flaminia: the big names of the past for the Lancias of the future?