The best of world boxing at the AIBA Championships in Belgrade 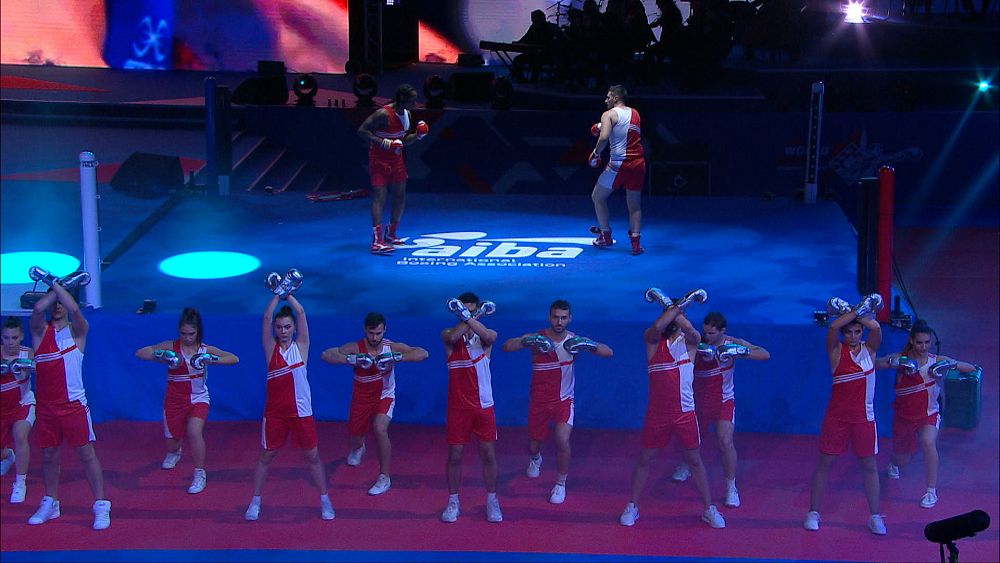 The AIBA Men’s Boxing World Championship marked his return to Belgrade, for the first time since 1978, with a spectacular opening ceremony that brought together suggestions from the long history of boxing and the modernization of the sport under his new leadership.

During the event, the audience was taken on a captivating journey into the world of boxing and came face to face with the Val Barker Trophy, one of the sport’s most iconic awards, presented by the vice-president of the Boxing Federation of Kazakhstan, Bakhtiyar Artayev.

“Today I have a special mission – said Artayev – I came to Serbia not only to support my team or as a representative of the Olympic championships. Today I also came with another special task: pass on the history of this important competition: the Val. Barker Trophy “.

When AIBA President Umar Kremlev took the stage to lift the trophy, the opening ceremony ushered in the memorable two weeks of sport, in which some athletes gathered in the Fair luck team: it is a team that brings together athletes forced to leave their country, often because of conflicts.

For the first time in an AIBA competition, the team marched alongside competing countries in the parade of athletes.

Who gets in the ring at the arena

More than 500 athletes, **divided into 13 weight categories,** from over 88 countries participating in the AIBA Men’s Boxing World Championship until November 6 in Belgrade, a city that the President of AIBA immediately greeted: “I am happy to welcome you to Belgrade, capital of the men’s boxing world championships!” to come and demonstrate their excellence here. “

A series of artistic performances by boxing legend Roy Jones Jr and Romanian singer Inna lit up the Štark Arena, concluding a night to remember for the boxing world.

Meanwhile, the process of rebuilding AIBA continues.
After years of management and financial turmoil, the International Boxing Association is determined to restore the integrity of the sport of boxing, while ensuring that AIBA becomes an open, fair and transparent organization, serving as a home of boxing. welcome for all athletes.