The biggest fire in California history 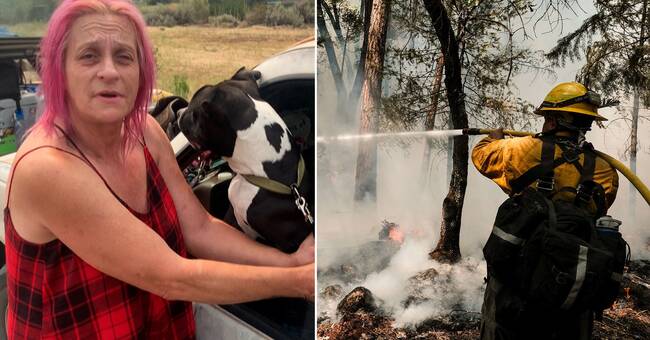 On Wednesday evening, it was found that less than a third of the wildfire that started on July 14 was successfully extinguished. The flames burned just over 2,000 square kilometers of land, making the blaze by far the largest in the history of the state.

About 10,000 people are currently working to fight Dixie. So far, two firefighters have been injured and a civilian. More than 1,000 buildings have been destroyed and thousands more remain at risk. Flames erupted, for example, in the historic mining town of Greenville last week, leaving Main Street in ruins, Reuters reports.

– High pressure continues to build up above the blaze and will be the main contributor to the thunderstorms that will occur in the coming days, explains fire protection organization Cal Fire in an update on the incident.

The thunderstorm can strike the area with lightning that could ignite more flames in the dry forests and brush of northern California.

– We see some really scary fire behavior. We have many experienced firefighters who have never witnessed something like this, especially for such a long time. We are therefore working blindly in these extreme conditions, explains Chris Carlton of the National Forestry Institution in Pluma to CNN.