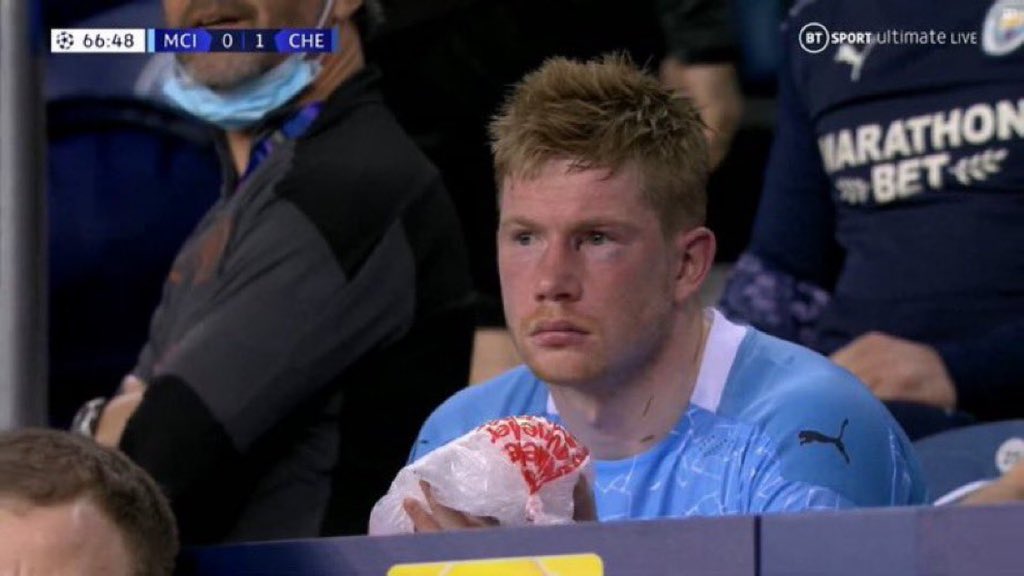 It was a blow to “Citizens”. The Manchester City midfielder had to leave the field in the second half. Shortly before playing time, he collided with Chelsea defender Antonio Rudiger. De Bruyne had visible bruises on his face. He was quickly replaced by Gabriel Jesus.

The Belgian announced on social media on Sunday how serious his injury is.

– Hi, I just got back from the hospital. My diagnosis is a sharp fracture of the nasal bone and a fracture of the left eye socket. I feel good now. Still disappointed after yesterday of course, but we’ll be back – wrote De Bruyne.

Hi everyone, just got back from the hospital. My diagnosis is Acute Nasal Bone Fracture and Left Orbital Fracture. I feel okay now. Still disappointed with yesterday of course, but we’ll be back

Chelsea players win the Champions League. In the final in Porto, they defeated Manchester City 1-0 (1-0) after a goal from Kai Havertz. “The Blues” won the European Cup for the second time.

Chelsea played for the third time overall in the decisive match for the European Cup. In 2008, after a penalty shootout, she lost to Manchester United, and in 2012, after a run of “eleven”, she defeated Bayern.