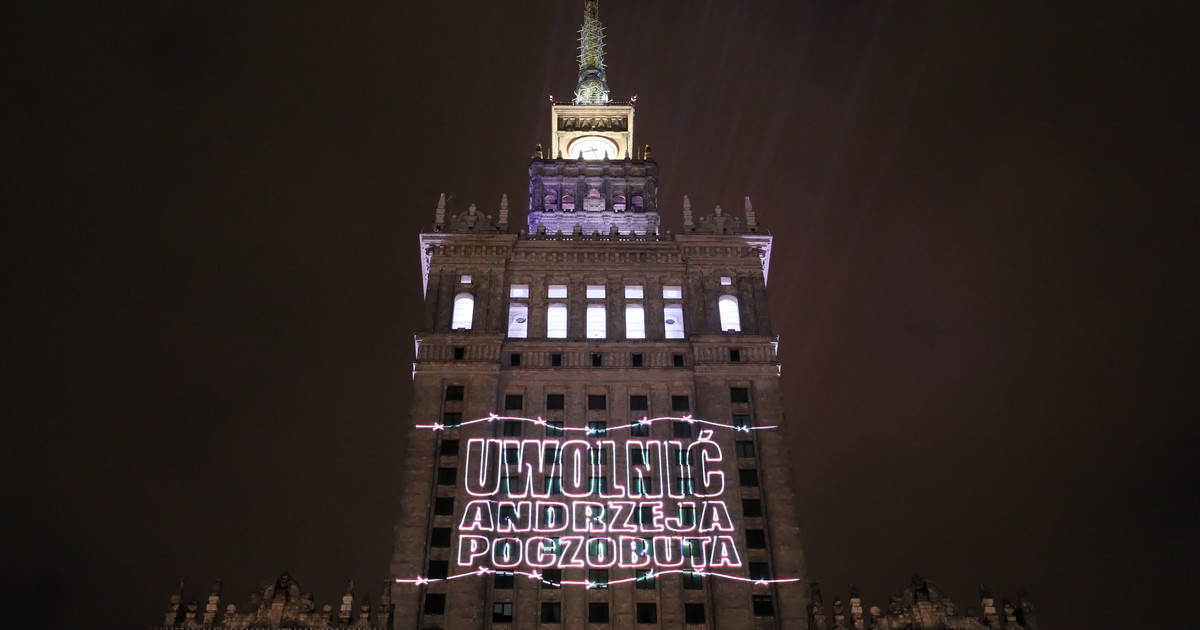 “From 8.30pm during the night, the facade of the Palace of Culture and Science, from the side of the main entrance on Marszałkowska Street, will be illuminated by the image of Andrzej Poczobut, our editorial colleague and activist of the Union of Poland in White -Russia, imprisoned by the regime of Alexander Lukashenko,” the organizers described today.

A campaign organized by the Grand Press Foundation with support from AMS will also start on Saturday. As part of this, “posters” with the image of Andrzej Poczobut will be displayed in 27 cities.

The rest of the text below the video.

“Do what you can to get him out of jail”

Andrzej Poczobut was awarded the Medal of Freedom of Speech. The award was received on his behalf by a journalist from “Gazeta Wyborcza”, Bartosz Wieliński, who gave a moving speech with tears in his eyes. – This is my request to you, a request from a journalist, colleague Andrzej Poczobut, a man who is in prison. Do what you can so that he is released from prison and all other Belarusian journalists see freedom too, he told the politicians in the audience.

The Grand Press Foundation chose the winners from nine candidates for the Medal of Freedom of Speech. Medals were awarded at the European Solidarity Center in Gdańsk. The winners are Adam Bodnar in the Institution category, Andrzej Poczobut in the Media category and Agnieszka Jankowiak-Maik in the Citizen category.

Andrzej Poczobut, correspondent for Gazeta Wyborcza in Belarus, continues to expose the actions of the Lukashenka regime, for which the Belarusian authorities have imprisoned him for the second time.