The wonderful adventures of Nina and Olga, special friends, reach the television 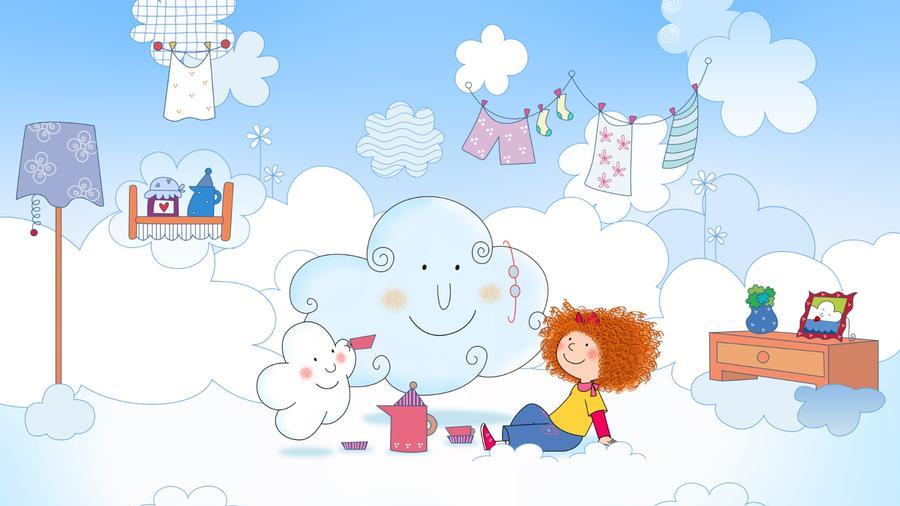 Olga lives in the Upper World with the Sun, the Moon and her aunt Gregory. One day, looking down, he sees Nina, a very sweet 6 year old girl, chasing her hat and decides to go down to help her. It will be the beginning of a great friendship: Nina and her classmate Teo will have countless adventures with Olga. From the pen of Nicoletta Costa, famous writer and illustrator for children, comes the long-awaited series of cartoons Nina & Olga, in co-production by Enanimation based in Turin and Mondo TV Producciones Canarias SL-Nina Y Olga AIE in collaboration with Rai Ragazzi. Following the exclusive preview on RaiPlay, which made the first 26 episodes of the 52 available on September 13, the series arrives on September 27 at the world premiere at Rai Yoyo, at 8.00, 11.25 and 16.30 with a double episode. With fun and naturalness, during the series the two protagonists will accompany the children in small daily challenges, reaching out and learning together to understand and manage emotions.

La Nuvola Olga is one of the most beloved characters of Nicoletta Costa’s young readers, thanks to the historic titles of EMME edizioni, a worldwide publishing success for over 30 years. For the TV series, Enanimation, an award-winning film production and distribution company in Turin, has developed the new character of Nina, a very strange girl with a head full of hedgehogs who lives in the Underworld, who will be his best friend in white. Cloud Olga. “It was the first thing I invented, for me, when I was still an architecture student and I did not know that I would write children’s books. “I am very excited to see her fly to the small screen now with her friend Nina,” said Nicoletta Costa. The goal of Enanimation, Mondo TV Producciones Canarias SL and Nina Y Olga AIE, was to create a series that can immediately be considered an evergreen, reference point for preschool children.

Coinciding with the TV series’ debut, Mondadori sent the bookstore six volumes dedicated to this new title, two of which were created by author Nicoletta Costa:Nina & Olga. Special friends (which tells the prologue of what will happen in the TV series or the magical moment when the cloud meets Olga for the first time and then becomes inseparable friends) and Nina & Olga. Discovering letters and numbers.