They will help Václav Anděl’s family with a collection, they will also name a charity after him 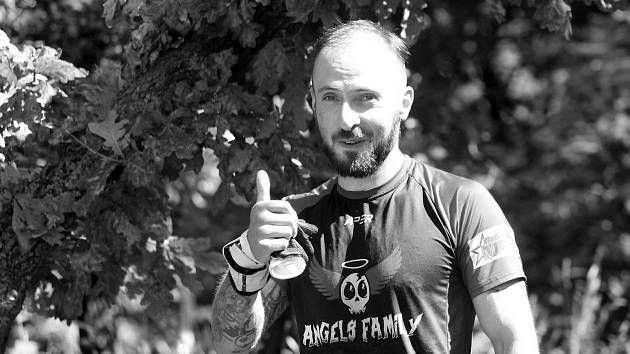 “You have decided to become our guardian angel.” This is how his wife Klára announced the sad news of Václav Anděl from Kocourov, who left the world on July 30. The news touched a lot of people, not just the sport where he excelled. Almost immediately, they decided to help their wife and two children financially with a fundraiser that Eliška Sovová had set up on Donio.cz.

“Vašek Anděl, he lived his dream. A young and handsome boy who one day met Klárka, whom he married. Their love gave birth to Emma, ​​a beautiful princess now aged five who considered her father as a great role model. Vášek, as the head of the family, built a small house with his own help. The house was built and then the desire for a small successor came. It was a success and Vašík junior is born a year ago,” said the collection’s founder.

The money collected will help the family to manage the household, because the woman with two children was left alone to do everything, in addition, she is on maternity leave with a one-year-old boy and cannot even work on time. partial works. The money will not bring their husband and father back, but it will ease their plight a little. Link to collection: https://www.donio.cz/rodinaandelu?fbclid=IwAR1z7nr1ByYukcj074InBNyK4zIVAhDqRboTRatvhMXVwKdPpvApXGrxo5k

They are already finishing the place of Železná Ruda. You can see the festivities

The collection will not be the only help for the family. Support will also be provided within the framework of Chariţák, which will take place on 2 and 3 September in Klatovy. “Chariťák will also be for him this year, especially the running race, which he won twice. The running section will be named after him. I believe he would be happy with that. He was still waiting for it eagerly and generously contributed,” organizer Jiří Zavřel said.

Václav Anděl will be remembered at many other events he has participated in, and he will be missed by his fellow competitors there. He was an excellent racer, known from the Ešus league, a district off-road racing series, in his score he finished second last year. In addition to district races, he regularly traveled to races outside the district.

He also completed several difficult half-marathons or OCR races, where he qualified twice for the European Championship. But he didn’t get lost in football or motocross, which he practiced for ten years. He was an athlete in body and soul, and his friends will remember him as a guy who was always smiling and always in a good mood.