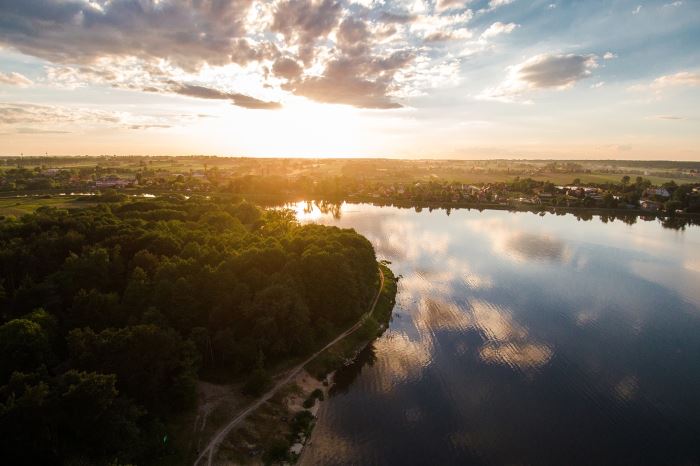 4 October the monument of the Blessed NS. Emilian Kowcz – Greek Catholic priest and martyr of the German Nazi concentration camp Majdanek. The monument commemorating the “parish priest of Majdanek” stands in the square at the intersection of Majdanek Martyrs Road and Cmentarna Street.

– NS. Emilian Kowcz symbolically connects Poles, Jews and Ukrainians. All his life he tried to reconcile people of different nationalities and religions. In inhumane times, by showing solidarity with the most needy, he testified to his faith in God and in people. He became a hero of the difficult times of World War II. Today, the figure of Fr. Kowcza helps build cooperation between our nations, understanding history and creating a common future – she says Krzysztof Żuk, mayor of the city of Lublin.

Granite a monument commemorating the pastor of Bl. Emilian Kowcz was founded in Ukraine on the initiative of Fundacja Kultury Duchowej Pogranicza. A sculptor worked on the monument’s project Alexander Diaczenko and architect Martha Diaczenko. In a huge stone block, they created a figure 2.5 m high that floated above the ground. On three sides of the monument, in Polish, Ukrainian and Hebrew, was a fragment of a letter engraved by Fr. Kovch wrote to his family in the camp: “We are all equal here: Poles, Jews, Ukrainians, Russians, Latvians and Estonians. I am the only priest among them. I can’t even imagine what it will be like here without me. Here I see a God who is one for all of us, regardless of our religious differences. Our churches may be different, but the same Great and Almighty God guides us all. When I say Holy Mass, everyone is praying. (…) They die in different ways, and I help them cross this little bridge into eternity “- sound the words of the inscription. The symbolic transfer of the monument took place on March 25 of this year, during the Lublin City Council meeting The day the monument was brought to Lublin is not coincidental, it took place on the 77th anniversary of the priest’s death.

Ukrainian Greek Catholic priest, Emilian Kowcz, the pastor in Przemyślany near Lviv in 1922-1942, he was an advocate of the harmonious coexistence of Poles, Ukrainians and Jews. During World War II, he personally supported all the persecuted and encouraged parishioners to help Jews, for which he was arrested and then transported to the Majdanek concentration camp. There he secretly continued his pastoral ministry among fellow inmates of different religions and nationalities – confessing, giving Holy Communion and the Last Rites in violation of the prohibitions, secretly celebrating Masses and encouraging those who had the hope of survival lost. He was nicknamed “the pastor of Majdanek” for his steadfast demeanor. He died in the camp on March 25, 1944. He was beatified by John Paul II in 2001 in Lviv.

In Lublin in 2003 the name Bl. NS. E. Kowcz got a roundabout at the intersection of al. Armii Krajowej with ul. John Paul II. In 2020, a book was published entitled “Blessed Emilian Kowcz, the Pastor of Majdanek.”

The organizers of the ceremony were: the City of Lublin, the Memorial Committee of the Blessed Martyr Emilian Kowcz, the Charity Foundation for Humanitarian Initiatives, the Borderland Spiritual Culture Foundation, the Greek Catholic Parish in Lublin, the State Museum in Majdanek.