“We discriminated, we closed until July as exhibitions” 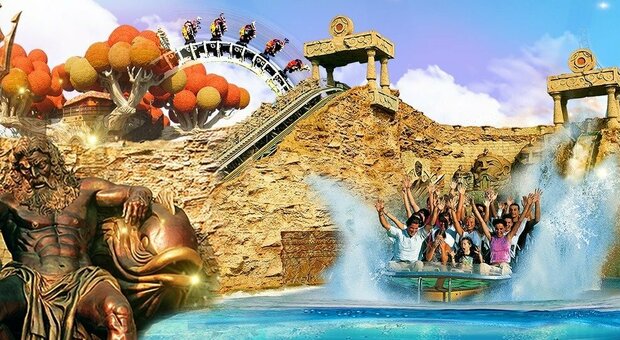 Dpcm continues to cause dissatisfaction. Despite the design of the new roadmap given by Prime Minister Mario Draghi at the last conference on the gradual restoration of restaurants, bars, gyms, cinemas and theaters, some still feel “Unfair discrimination”. The protagonists of today’s complaint are the amusement parks. Under the new decree, in fact, theme parks will have to reopen from July 1 in the same way as exhibitions and conferences. Therefore, although their activity is mainly an outdoor activity, in the latter provision they are considered as the categories that carry out activities mainly indoors. For this reason, they are asking for help and justice in dealing with the totalitarian amusement park in relation to an area that produces significant turnover for the national economy, in 2019 the amount caused was 400 million euros, 1,000 if we also include in the calculation the turnover of hotels, restaurants and gadget stores that revolve, an area that now accounts for 80% of the loss.

IdeVideo: “Magic is Here”, the new Disneyland Resort ad for their reopening on April 30: pic.twitter.com/RwPaUTWh7p

“Why are outdoor parks associated with exhibitions and conferences?”

The first to point the finger at CTS and government decisions is Gardaland: “Pending formalization with the next Dpcm, we can not explain why amusement parks, which operate almost exclusively outdoors, are related – with regard to reopening date – in indoor exhibitions and conferences. Indeed, if this deadline for reopening were met, the Parks would be considered more dangerous than the gyms or cinemas that are indoors! ». Gardaland CEO Aldo Maria Vigevani points this out to Adnkronos. “This logic would be exactly the opposite of the international situation – see England and the US – where parks, just outdoors, are among the first activities to continue,” Vigevani continues. Last year, Gardaland launched the season on June 13, and thanks to a strong and effective security protocol, no infection was recorded among its visitors, who confirmed the effectiveness of the measures in many cases through thousands of online interviews. ”

Topics shared by the Italian Permanent Parks Association, a member of Confindustria, which represents 230 companies scattered throughout the country. “Solid international scientific evidence has shown that the risks of contamination in the countryside are infinitely lower and it has been shown that the presence of chlorine in swimming pools eliminates the viral factor in a few moments,” the union said. these companies a whole month of work, even compared to last year, when the green light appeared in late May. The tone is irritating: “Unequal treatment compared to other categories can lead to real unfair competition,” complains Giuseppe Ira, president of the association and the Leolandia theme park in Bergamo County. He is the one who underlines the growing feeling of anger that enlivens the operators. which have already proven their effectiveness last year “. Comparisons are almost inevitable: “Indoor museums open already on April 26, but not outdoor wildlife parks and adventure parks in the forest, the green light is given to outdoor pools on May 15, now all equipped with slides for children, but not in water parks, gyms and indoor restaurants will open from June 1 and even the return of the public to the stadiums will be announced in May, but not in the theme parks “.

Therefore, the demands: “We demand immediate equality with similar product sectors – says Ira – otherwise we will have to do shocking actions.” Among the most affected by the crisis, the director reminds, the parks sector is now at its last limit, with an average loss of 80%. Reduction of turnover, underlines the union, which also puts employment at risk: “Until 2019, our sector directly involved 25,000 employees, about 50,000 with related industries. The continuing uncertainty will lead to a very strong contraction in the number of employees who are now at FIS for many months – Ira points out -. “Our workforce can no longer stand it: the best have found another job, but thousands of people are struggling to survive.” And to worry about the category there is also a problem of technical and organizational type, because typically the sector still falls into the category “Traveling Circus and Entertainment” which belongs to the Ministry of Culture and not to tourism, a detail that according to the association would have done to exclude the category from soft drinks and also from Imu concessions granted to travel companies, while banks would have limited funding. In 2020, the union recalls, 20% of parks were completely abandoned and 10,000 seasonal jobs were lost. The danger now “is to make the position of hundreds of Italian companies and thousands of employees even more precarious.”