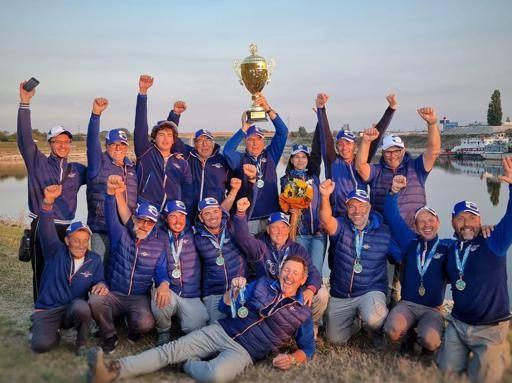 After winning the European Football Championships and the Women’s Volleyball World Cup, Italy can now be proud of another sporting success: first place at the world coaster fishing championships, a specialty that uses the float. In Novi Sad in Serbia, the athletes of the Oltrarno Colmic sports association in Florence triumphed (Colmic, an Incisa-based fishing tackle company and team sponsor) who managed to conquer the 40th edition of the world championship. The Poles of Robinson Team Club finished second while the Hungarians took third place. The competition saw 23 nations compete against each other. The complicated competition ground, made even heavier by the bad weather, did not prevent the reigning Italian champion team, Oltrarno Colmic, win the fourth world title in its history in this discipline. On the other hand, it would have been difficult to imagine a different result when in your team you can count on three of the youngest and most promising world champions such as Jacopo Falsini, Andrea Fini and Francesco Reverberi as well as Filippo Beltrami, Christian Matteoli and Maurizio Fedeli by the Italian Federation of Sport Fishing Underwater Activities and Swimming with Fins. it was exciting, more than other competitions – says Oltrarno Colmic – because we were in a difficult country, in some ways still dangerous, so much so that we were forced to travel with armored vehicles. But the participation and closeness of the citizens of Novi Sad filled our hearts with joy.