World gymnastics, Bartolini gold in the free body. For Italy, two silver and one bronze 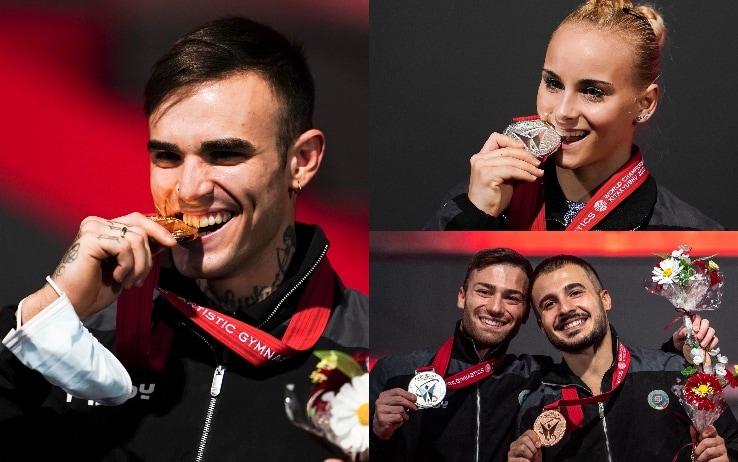 Nicola Bartolini is the free body world champion, the Italian gymnast won the Kitakyushu world championships in Japan with a total of 14,800 points. Asia D’Amato Argent in the vault. Two other medals with rings: Marco Lodadio vice-world champion, bronze for Salvatore Maresca

Historic success for Italy ai Gymnastics World Cup underway in Kitakyushu, Japan. Nicola Bartolini won thegold in the free body, bringing the tricolor back to the top step of the podium at a World Cup 24 years after Yuri Chechi’s last triumph to the rings. At the end of a practically perfect exercise, the Italian gymnast scored 14,800 points. Behind the 25-year-old athlete from Quartu Sant’Elena were the Japanese Kazuki Minami (14,766) and the Finnish Emil Soravuo (14,700). Italy’s last freestyle world medal dates back to 1966, with Franco Menichelli’s bronze in Dortmund.

Asia D’Amato silver in the chest

A medal also of female aerobatics. Asia from Amato in fact, he finished in second place by winning the‘money. The 18-year-old Genoese, who scored 14,133 points, only had to bow to the brazilian Rebeca Andrade (14,966 for the Olympic champion), third the Russian Angelina Melnikova (13,966).

Two other joys for Italy at the artistic gymnastics world championships which take place in Kitakyushu in Japan. Marco Lodadio confirms himself vice-champion of the world rings, bronze medal (tied with Russian Klimentev) for Salvatore Maresca. Gold went to Chinese Lan