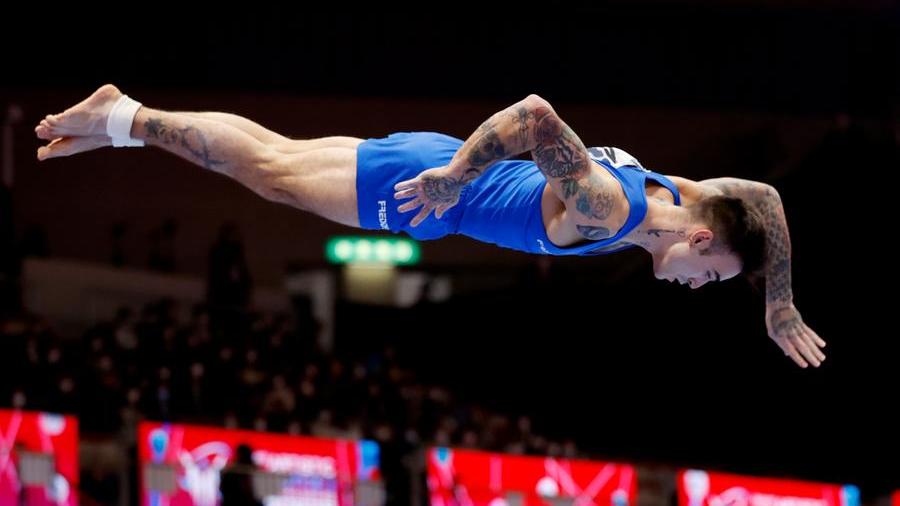 The long wave of Italy which wins does not stop and of the artistic gymnastics world championships in Kitakyushu, Japan, another success arrives in the history of blue sport, with the victory in the free body from Sardinian Nicola Bartolini. A period medal, because Bartolini is the first in the history of men’s gymnastics to win the world title in free body. First only two bronzes, won by Franco Menichelli in Prague 1962 and Dortmund 1966. A memorable day today for Italian gymnastics which also won silver and bronze medals with Marco Lodadio and Salvatore Maresca, and the medal of Asia D’Amato’s silver in women vault.

The first day reserved for the specialty finals at the Kitakyushu world championships opens under the sign of the tricolor. Twenty-four years after the gold medal of the Jury Chechi at the World Championships in Lausanne 1997 in the rings. At 25, the Sardinian of Quartu Sant’Elena, Nicola Bartolini, for his first world final of his career, scored 14,800 points ahead of the Japanese Kazuki Minami and the Finnish Emil Soravuo. “It’s a historic result: now I’m waiting for a statue”: Bartolini has just graduated from the world champion in artistic gymnastics in free body, and does not hide his surprise. “It’s an indescribable moment”, confides Kitakyushu, the 25-year-old gymnast who defines himself as a “former hothead”. “It was a difficult period between preparation and a thousand things. I pulled out my claws and did the right exercises at the right time. Then there was a bit of luck, which is never enough, but when you work hard the results show. When I saw Yulo come off the platform – Bartolini added, speaking of the error of the Filipino rival, favorite for gold – I started to think that something bad could happen. Since 2014, the year of my first World Cup, I have changed a lot, it has become my job and finally it shows. I am waiting for a statue with my face, like Menichelli ”.

Bartolini, registered for the Pro Patria Bustese, had just six months ago won the bronze medal at the European Championships in Basel and gold at the Absolute Championships in Naples. By a hair, the Sardinian could not get the pass to the Olympic Games Tokyo 2020 which he had to follow as a spectator. Today a new stage with the first world title.

In the women’s vault, Asia D’Amato set another record by winning the first silver medal of the women’s long list in the 25-meter swing. The eighteen-year-old Genoese, under Fiamme Oro and bred in Brixia de Brescia, with 14,083 firm behind Rebecca Andrade, leader with 14,966. Third was the Russian Angelina Melnikova with an average of 13,966. D’Amato had won the team bronze medal in 2019 at the World Championships in Stuttgart, along with his twin sister Alice and the other fairies of the national team of Enrico Casella. words of Asia D’Amato after the awards ceremony – I wanted to redeem myself for the uncertain performance of the All Around and I succeeded. Finishing ahead of Angelina Melnikova, the new world champion, thrilled me even more. I want to dedicate this medal to all those who made this historic result possible: from the National Technical Director Enrico Casella, to Marco Campodonico, to all the staff of the International Academy of Brescia, to the Federation, to the Sporting Group of the State of La police and my family. , especially to my father who, lately, is not doing very well ”