You Must Avoid These Costumes On Halloween – VG 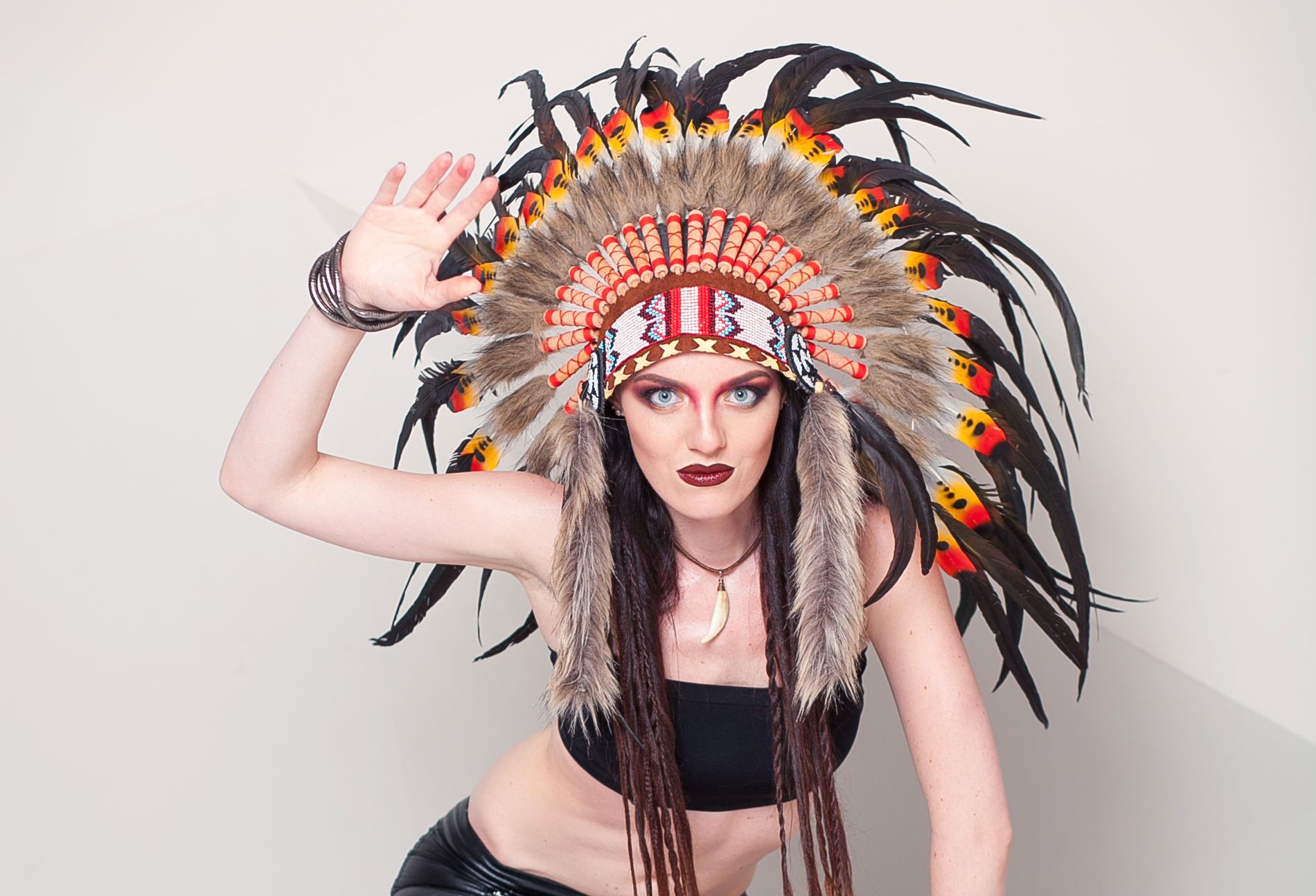 Anti-Racist Center warns of costumes that mimic indigenous peoples and blackface. VG asked the question to young adults with a multicultural background. Do they agree?

Less than 2 hours ago

Are you one of the many looking for a costume for the Halloween party this weekend? Or maybe you have already found it?

Not all costumes are in, so you may have to be a little careful, says Linda Tinuke Strandmyr. She is the acting general director of the Anti-Racist Center.

– Avoid any costume that belongs to someone else’s culture, or dress up as a group of people or people from different countries, Strandmyr says.

She believes that you should be especially careful about dressing up with cultural expressions or appearances of someone who belongs to an oppressed population or group.

– Dressing up as indigenous people, or dressing up as people – painting their skin black or wearing an Afro wig is problematic. One should not use ordinary people and the ordinary appearance as a costume.

– One should not joke about what ordinary people look like. Wearing an Afro wig is not something to entertain yourself or others.

She adds that it wasn’t unusual to dress the way she looked when she was younger.

– I have often seen people painting themselves brown in the face and wearing Afro wigs. I have also repeatedly responded to people dressing up as indigenous people.

– Dressing up as native people on Halloween is too common. If you have any knowledge of history then you know how problematic it is to have a “cowboy and indians” themed party.

Is about power perspective

Strandmyr believes that dressing up as Sami or indigenous people is also a cultural appropriation.

– It is problematic that someone earns money from indigenous costumes without benefiting that culture.

The leader of the Anti-Racist Center believes it is based on neo-colonialism, where the majority has the economic power, and can choose what they want from different groups and make money from it. Whereas when indigenous peoples themselves go along, they are looked down upon.

– Minorities have always had to endure that the majority will entertain at their expense. It is time for the majority to listen to the limits set by those who experience oppression, racism and discrimination on the body.

This is what they think themselves

Is what Strandmyr says true? Instead of running around the house, VG asked five young people from a multicultural background:

– Is it okay to dress up as a black on Halloween?

– New. There are so many stereotypes about black people. I’ve seen pictures of people dressing up as very stereotypical gangsters and rappers. It doesn’t help in the fight against racism.

– It is quite possible to do it without rest braids or dark makeup. It’s not that a black person who dresses up as superman paints himself white in the face. Rather use the voice or the way the person dresses.

– Not even a dark foundation?

– I think you need to think a bit about – a little darker foundation can also get a little wrong quickly.

– Is there anything else you need to think about?

– Stay away from ethnicities. Don’t dress up as a transgender, a real mass murderer (even if it’s Halloween), and don’t live the role too much. Are you Donald Trump – don’t pee on women.

Justine Nguyen (27) is one of the initiators behind the group Norwegian-Asians against racism.

– Can you dress up as Asians on Halloween?

– It is difficult. Is there a specific character you want to dress up as, then maybe. You can attract the colors in Squid Game, but it’s not okay to caricature movements so clearly.

– If a friend of yours dressed up as Jackie Chan, what would you recommend?

– Maybe not? It’s too easy to mimic Jackie Chan’s moves. He is a very characterful person apart from being a martial arts idol. It can quickly fall over a bit. Also because he was fooled in Hollywood.

– If a group of three friends want to dress up as Charlie’s Angels, they can do so without claiming that Lucy Liu is Asian.

– What about the geisha costume?

– It’s also a very specific part of a culture that you may not belong to. Not everyone is a geisha in Japan, but it can be perceived that way if you just jump into that costume without thinking about it. There’s also a lot more to being a geisha than just the kimono.

– Is it okay to dress as a Sami on Halloween?

– I do not think so. It wouldn’t have been nice if someone used the bunada as a Halloween costume, and the same goes for the vest.

– A lot of mass production of these costumes, which destroys the cultural history. Use your creativity and don’t start with the native culture. Halloween should be something everyone should look forward to, without feeling like their culture is being abused and violated.

– What if the person really likes the Sami culture?

– Very nice if you are interested, but rather turn the interest to learn about the Sami history and learn about all the suffering that the Sami people experienced. Learn from Black Lives Matter.

– Is it in to dress up as a drag queen on Halloween?

– That is a good question. I like to say yes, because it can help to create more openness. But it’s okay to do a little reading before you put anything on. If you do it with respect, why not?

– So straight guys are allowed to joke about Halloween?

– If you know what it is, then of course you can. I see the problem when a cis guy just dresses in women’s clothes and thinks, “Ey, I’m a woman, look at me,” without knowing the story behind it. Then you can stand on a few toes.

– Can someone dress up as a different sexual orientation?

– Haha, what does that mean? If you want to dress up as a gay man, the spectrum is huge. Many different types of gay men so you can try it. If people understand how you are dressed, you are not so sure.

– What about a stereotypical gay man?

– Then the answer is no. Why dress up as a layman? I feel provoked.

– Can you dress up as a Jew on Halloween?

– I actually do not know. It is so hard. Some can be very offended, while others just like it.

– But if someone had turned up an oversized nose, it wouldn’t have been good. The typical caricatures, which can be found online, help to create prejudices.

– Can you dress up as Jewish?

– I’m Jewish and at a costume party where we had to dress up as something that started with the first letter of his name, I first thought of rabbis. I liked the idea, but took it upon myself to ask questions about it. Is it in to dress like a stereotypical rabbi? And if someone sees me, would they think it was okay and drag it even further next time? Where does the line go?

– I wish people would avoid it. It can quickly go over a limit. At the same time, it’s okay to dress like Ruth Bader Ginsburg or Albert Einstein, who were both Jewish.

– Where does the border go?

– That’s exactly it. I do not know. And then it may be the intention that one could let go. I don’t have a hairache, but I started to wonder where it came from. What kind of relationship do you have with how you dressed up?

– I still think we should be generous to each other, and rather explain why things aren’t going well. It doesn’t always come from a sore spot.

Not sure how to dress for Halloween now? Here are ten easy costume ideas!