On the eve of Italy-Bulgaria, Mancini’s national team is ready for a return to the pitch. The news 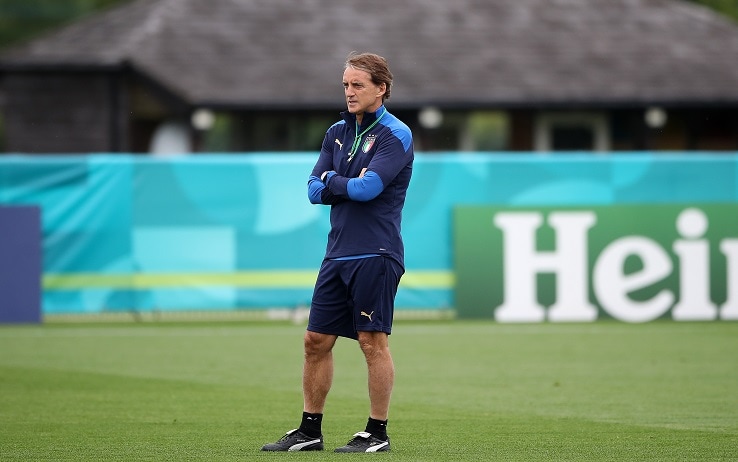 The Azzurri are ready to return to the field for the world qualifiers after the victory of the European Championships: against Bulgaria, this will be played on Thursday 2 September at 8.45 p.m. in Florence. Mancini could start with the team that won the Wembley final against England. Only the first classified in the group wins the direct pass for the 2022 World Cup

THE’Italy of Roberto Mancini returns to the pitch as European champion and does so at home, a Florence. The Azzurri will be busy thursday evening against Bulgaria in the match valid for 2022 World Cup qualifiers. At the moment the Azzurri occupy the first place in group C (ahead of Switzerland, 6 points) with plenty of points, thanks to the three victories obtained during the first three days and the maintenance of the clean goal. Back on the pitch, Italy is strong with a record streak with 34 consecutive unbeaten games, started in Italy-Ukraine 1-1 on October 10, 2018.

The objective is to start again from the spirit displayed at Euro 2020. The team should also follow the last 11 deployed by Mancini in the final of July 11 in Wembley, with the 4-3-3 led by the trident Chiesa-Immobile-Insigne in attack. “We have to be careful because we are playing against players who have already played 8-9 league games,” warned the coach. Among the doubts about the starting team, that linked to Giorgio Chiellini: the Juventus defender could rest in the first match and then play the holder on Sunday against Switzerland. There are 33 players called by Mancini, with the new Scamacca and the return of Zaniolo, as well as those of Pellegrini and Sensi, forced to miss the European Championship due to injury. Wednesday afternoon, at 5 p.m., Mancini and Leonardo Bonucci will present the match against Bulgaria at a press conference and to follow the national team will train on the grounds of Coverciano. We remember that a place in Qatar 2022 will only be guaranteed to the winners of the respective groups, while the second will face the play-offs. These are the next national team nominations.

On the occasion of the match between Italy and Bulgaria Meanwhile, the Coverciano football museum in Florence turns blue. Indeed, it will turn on the blue headlights to illuminate the facade and thus accompany the first match of the national team of Roberto Mancini after winning the title of European champion. The Museo del Calcio (entrance from Viale Aldo Palazzeschi, 20, in Florence) will bring the blue weekend to life with the Euro Cup2020, inserted inside the museum trail, from September 3 (from 10 to 13) and Saturday 4 and Sunday 5 September from 10 to 18.