Student, Latin influencer and drag queen: “My girlfriend left me because I was dressing like a woman” 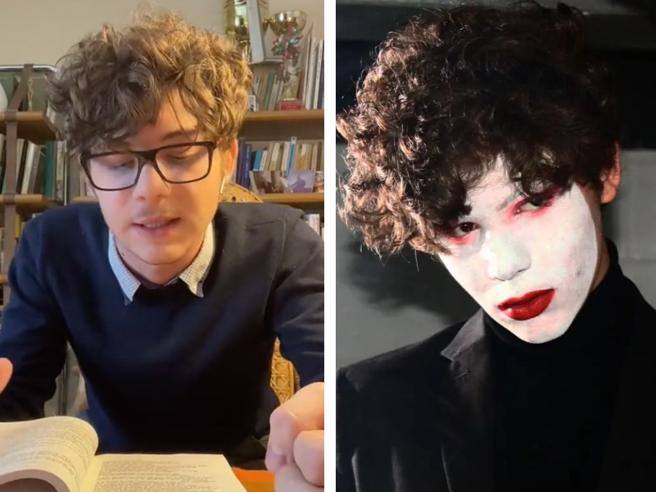 Rimini’s classic high school student Giulio Cesare, the Latin influencer who explains the measurements at TikTok and Plastik Doll, the Drag Queen who has fun and teaches with her performances at Chiringay. Between one change of clothes and the next, Edoardo Prati can be a lot, but alas, we are talking about “a thousand lives”. “For me, they are not separate realities, which can not coexist in the same person, as many people think. “It’s always me, I play or I speak Latin,” he says. At the age of 18, Pratty found the freedom to express himself on stage, mixing the light irony of Drag’s world with theater, poetry and Latinism. An art form, but also a political act that breaks the stereotypes that have been established in Drag’s world.

Prati, how do you combine your work as an influencer with your work at Drag Queen and your role as a student?
“I do not see clear boundaries between one world and the other. I may be wearing different clothes, but I’m Drag even when I read Latin lyrics. My passion for literature was born in school and I have cultivated it in my family. I landed on TikTok this year. I started almost by accident, speaking metric and Latin. “Some videos have gone viral and made me reach more than 200,000 views, but I hope to continue to grow.”

When did you approach Drag’s world?
“When I was 16, I was in a relationship that I believed in for a long, long time, with a girl. By then, I was already dressing up at home, alone, almost like a joke. When he found out, he told me he could not stand it. To keep us together, in a time of great difficulty for me, I completely suppressed this interest. I also decided to cut my hair, which she thought I had kept for a long time in an effort to look more like a woman. Soon after, the relationship ended. I felt the need to externalize this femininity growing inside me. One night I dreamed of a female myself and realized that it was now necessary to express this side. “Wanda Anubis was born a little later.”

The first show?
“In June 2020, two years ago, after a very difficult lockdown period, I did my first show. It was my mother who advised me to Drag. I wanted to go out with make-up and heels on the street, but she told me that it can be dangerous, because unfortunately it is still today. If I wanted to do it, I had to find a place to express myself. One night I went to the disco at Chiringuito 28 in Rimini in disguise, at the weekend since I was already working at the club as Drag Queen. Today I live in Chiringay and do some nights at Femme Folie “.

Today you are the Plastik Doll. How was he born?
“The Plastik doll is an evolution of Wanda Anubis. Wanda was the young girl she was experimenting with, with the help of her godmother, Scarlett Fox, of Drag who helped me the most when I started this job, even giving me a few slaps. The Plastik Doll is the most adult and conscious version. I chose this name because, like plastic, I will continue to model myself “.

Today Drag art is much clearer than in the past, but it has not yet been completely stripped of some stereotypes and false myths.
“Drag’s world is considered a sphere that is reduced to boring entertainment, to a nightlife that consists of exaggerations, drunkenness, profanity. A restriction of thought that is sometimes conveyed by the performers themselves, with a kind of self-confession in the cliché of the New York Drag Queen of the 80s. Dragging for me is a way of being: the desire to be taken seriously without taking yourself seriously. I consider it a different way of doing poetry. And it is something that is compatible with the rest of life. “

How would you describe your show?
“In the beginning I brought the basics to the stage, but over time I have included more and more references to the theater in my performances, a reality that is part of my family history – my great-grandfather worked there for a lifetime – but also of my career, since I studied at the Film Academy. It is true that those who participate in Drag Nights are looking for an opportunity for fun, between karaoke and Guantanamo. But I like to enrich the performances. I do not like boxes and that is why I work on a double front: on the one hand I try to bring other worlds, such as theatrical prose and literature, to my Drag shows, on the other hand I would like to bring Drag art to other fields . “As in my last show I included excerpts from Bertolt Brecht, next Saturday Plastik Doll will be in Bologna to take part in a Poetry Slam”.

Dragging is indeed a way of making art, but it can also be interpreted as a political act, a way in which some people claim space in society, freedom of expression and choice over their identity. Does Drag also have a political purpose for you?
“Absolutely. The Drag identity is linked to my ideas and the choice to commit to promoting them, also raising awareness of LGBT + rights. “My boys asked me to teach a lesson to Patroclus and Achilles. I accepted, but they denied me this opportunity because some parents may have complained. Unfortunately, this kind of censorship still exists. I continued my fight to teach this lesson.”

If you want to stay up to date with the latest Bologna and Emilia-Romagna news, sign up for its free newsletter Courier of Bologna. It arrives every day directly at your inbox at 12 noon. Just click here. 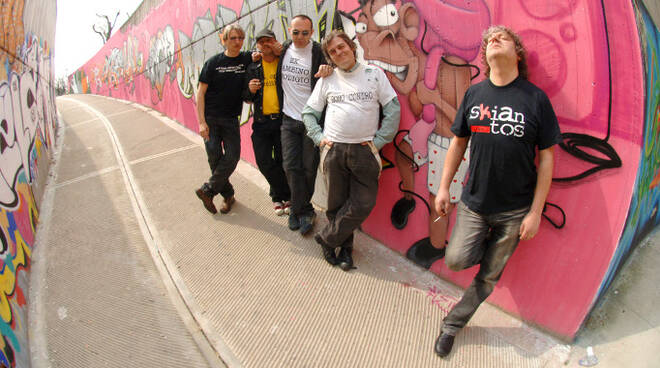 “Il Liscio becomes Unesco cultural heritage”: the statement of Morgan who will be at the Cara Forlì Festival

After the official presentation of Cara Forlì with all its official program that sees Morgan, Iva Zanicchi and Skiantos among the guests in the program, here are some statements of