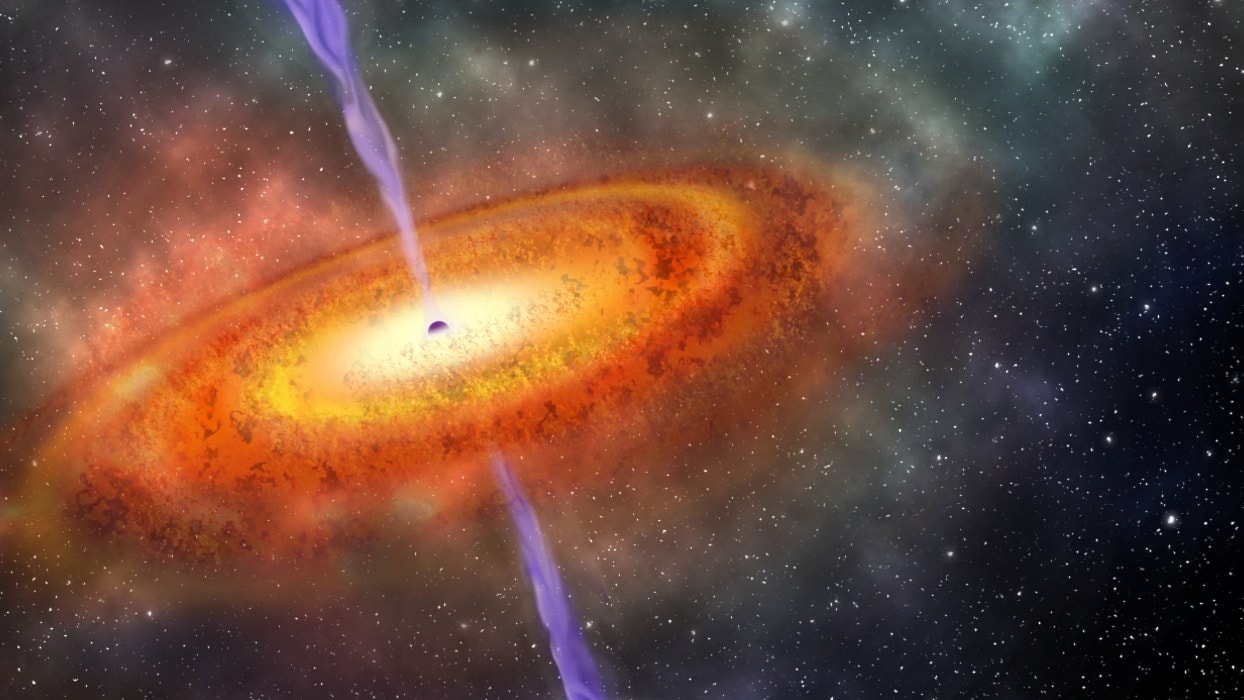 – Here will be wormholes, kind of tunnels to other worlds, which is an important ingredient, says Bengt Gustafsson, professor emeritus of astrophysics at Uppsala University.

A tunnel to another world or some other time is at the center of the black hole, according to this description. A description that is not aimed from the outset to demonstrate this strangeness, but to solve the so-called black hole information paradox.

It’s about what’s going on when a black hole disappears far in the future. Then it evaporates, in virtually informationless so-called Hawking radiation – and disappears. The information about what fell into the black hole then seems to disappear.

But according to quantum mechanics, information cannot disappear in a fundamental sense. This is a paradox that researchers have pondered for decades.

According to the solution as is now being discussed, the information actually slips out of the black holes, just before the Hawking radiation – and is not destroyed. At the same time, the description points to a wormhole in the center of the black hole. A gateway to another time, or another world. Just like in science fiction – but not really: if the wormhole really exists, according to Bengt Gustafsson it is still hardly possible to travel through it.

The information about you may get through at best, but that you would survive, few would dare to trust, he says.