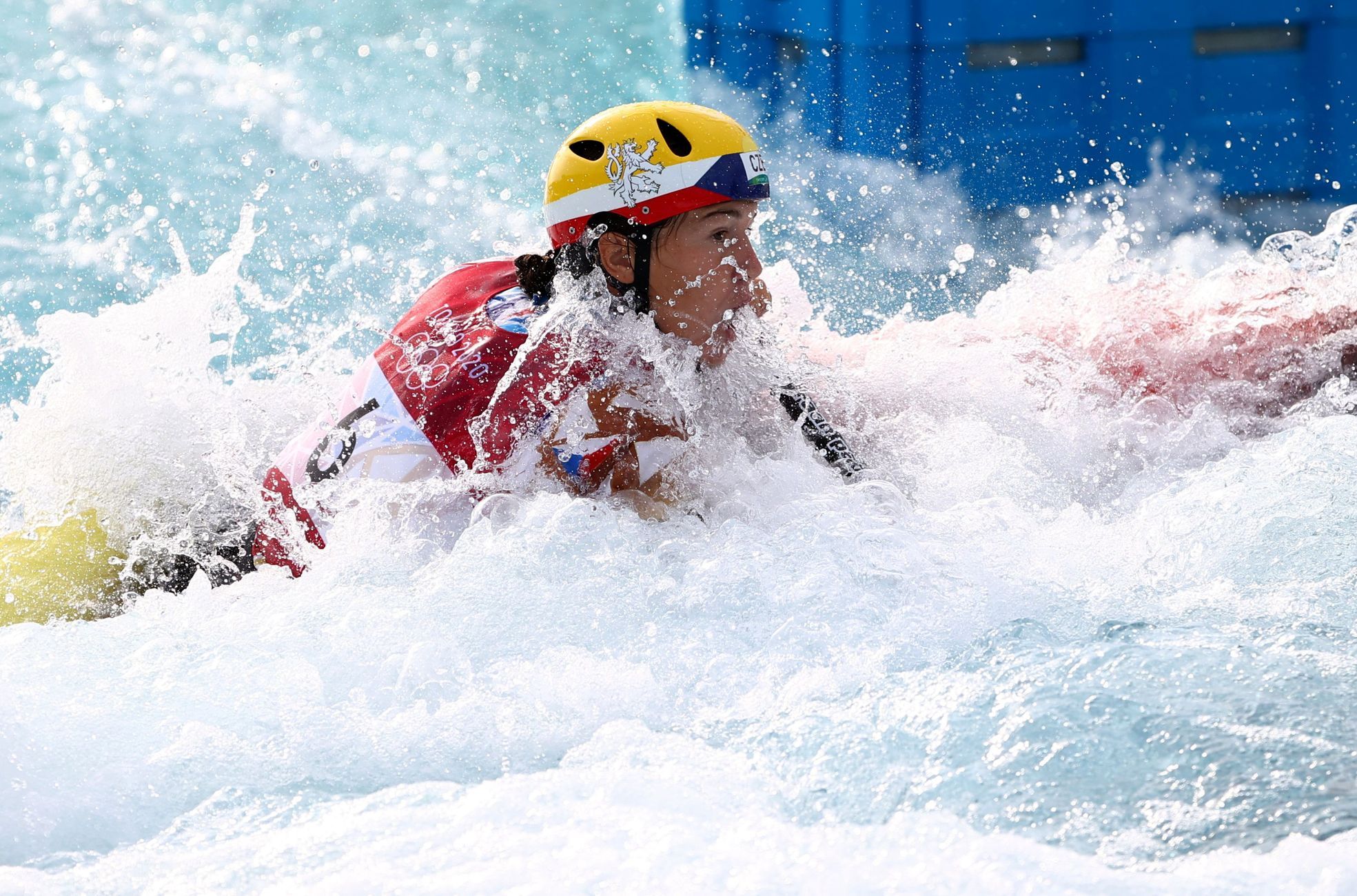 Czech canoeists won the patrol race at the World Aquatic Slalom Championships. The trio of Tereza Fišerová, Gabriela Satková and Martina Satková improved on the bronze of the team from the previous year, in which only Fišerová was part of today’s roster. Czech teams of kayakers and canoeists won silver at the championship in Bratislava. The favorite kayakers, who finished fourth after a big mistake, failed.

The canoeists won with a 1.57 second lead over Spain, even though they had broken the net in the last goal by four penalty seconds.

They followed the common gold of the European Under-23 Championship in Solkan, Slovenia, which they won a month ago. “It was great. In fact, we repeated Solkan’s great ride and I’m very happy that he went to gold,” said Fišerová.

Among the Czech silver teams, canoeists Lukáš Rohan, Václav Chaloupka and Vojtěch Heger were closer to gold, who despite a clean run separated 69 hundredths from the French rapids. They triumphed with two penalty seconds.

Kayakers Kateřina Minařík Kudějová, Antonie Galušková and Lucie Nesnídalová were not enough for the British sovereign, who won by around five and a half seconds and added the world title to the European title.

The Czechs followed the European bronze, to which Veronika Vojtová contributed instead of Nesnídalová, with the world money. “I’m proud of us, we made it up very quickly and it worked,” said the most experienced member of the team, Minařík Kudějová.

His partners started their first senior championship medal. “For me and Lucka this is the first world championship. It is absolutely incredible that our badge has been dropped for the first time,” said Galušková.

On the contrary, for the first time since 2013, Czech kayakers finished below the podium in the patrol races. They paid for the ninth-goal collision between Olympic champion Jiří Prskavec and World Cup winner Vít Přindiš.

As a result, Prskavec had to come back on tenth and eventually finished third behind Vavřinec Hradilek. The Czechs lost five seconds to the victorious French, 1.8 seconds separating them from the bronze Slovenes.

The developments on the track surprised the Czech national team. “We didn’t expect Vítek to be here too early on the new one at all. It’s Sparkler.

“I think I could do it, but unfortunately we also crashed in the air and the shot fell and I didn’t make it to the top ten. Then I went back and shuttled back and forth. from third place. I’m sorry, but I have to say it with Vítek. Of course, it was also a mistake on my part that I did not perceive Vítek, “admitted the Olympic winner from Tokyo.