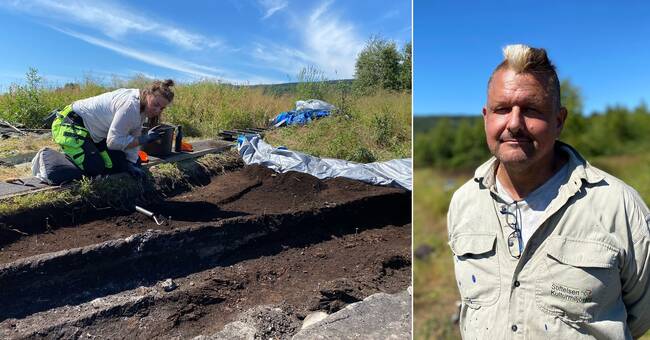 As SVT previously reported, archaeologists have found remains much older than those previously known. In the part where excavations are taking place this year, traces dating back 9,000 years have been found. Because the material is so well preserved, there are a large number of finds in the ground.

If there was unlimited time and money, how long would you be able to work here?

“Yes, that would be the rest of your life then,” said archaeologist Fredrik Hallgren.

What perhaps makes Dagsmosse the most interesting site in all of Europe is the sheer quantity of finds. A whole landscape is preserved from the people who used to use the place. At that time, the bog was a lake with islands, and on the islands there are traces of people who fished and hunted, but also began to settle.

The finds come from what we in Sweden describe as the older Stone Age, the Mesolithic period. Further south of Europe, development had progressed further and there the period is counted as an intermediate period of the Stone Age.

When such a rich site has to be investigated, it takes time and it means it takes money. Between 2016 and 2020, the National Heritage Council funded the excavations. This year, funds were sought elsewhere and grants came from the Märta Christina and Magnus Vahlquist Foundation.